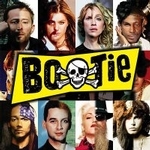 As I so often do in this column, I’m going to date myself yet again. Without getting too specific, I grew up in the ’90s (But I was born before them.), and I wasn’t quite of the most selective musical taste during most of that decade. I had yet to develop the fine musical taste buds of a true connoisseur. It’s … kind of embarrassing, in retrospect, actually. Point being, it wasn’t until much later that I made up for lost time and poked through the back catalogues of some of the great rock icons. And I have to give a band like Sonic Youth due credit, that 28 years and 16 albums after forming they’re still rocking as hard as ever and haven’t compromised their sound with age. More than that, the band members are in their 50s now, and they’re actually still relevant to music, even in the current state of flavor-of-the-week indie rock media darlings. Really, don’t we all wish our parents were this cool? - Brien Overly
Official Website
This event page has been viewed 983 times.