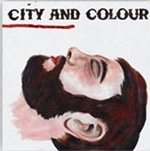 I oft reference the shortlist of singer-songwriters who can reduce my otherwise snarky and jaded ass to a sniffling and weepy-eyed state only properly communicated via emoticon faces. With his signature soft and introspective crooning, City and Colour frontman Dallas Green usually places solidly within the top two spots of that list, the only candidate capable of giving Thrice’s Dustin Kensrue a legitimate battle for my affections. As such, I’m equally stoked and dreading his arrival at one of my favorite L.A. venues. I mean, considering the lack of love SoCal got from Green last year between City and his other act Alexisonfire, I’m of course very happy he’s finally making an appearance at a more intimate venue. On the other hand, it means a whole lot of people are going to see me badly fake having something in my eye(s) or having an allergic response to … something. You guys know how I am about maintaining my icy exterior of elitism around others. Dallas doesn’t afford me that decorum, so you understand my dilemma here. Though Green’s lyrics are heart-wrenchingly brutal in their honesty and vulnerability at times, he’s also a master of pulling out the optimism when things get too heavy, so I think I’ll have to take my chances. And if you happen to see me at the show in what appears to be a weakened emotional state, I’ll preemptively offer this: It’s because I have an … eye infection … and I was probably sweating, and you didn’t see nothing, you hear? - Brien Overly

Official Website
This event page has been viewed 1200 times.