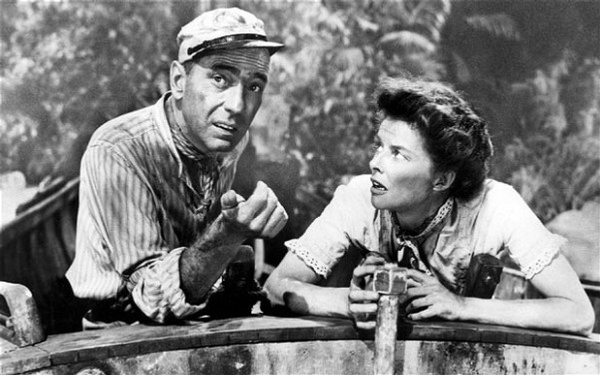 The 1951 John Huston classic, set in Africa during World War I, garnered Humphrey Bogart an Oscar for his role as a hard-drinking riverboat captain in Africa, who provides passage for a Christian missionary spinster (Katharine Hepburn). Taking an instant, mutual dislike to one another, the two endure rough waters, the presence of German soldiers, and their own bickering to finally fall into one another's arms.

Official Website
This event page has been viewed 758 times.
bid=||