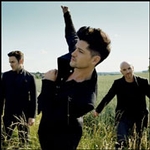 Their upcoming album, #3, follows up The Script's critically acclaimed 2010 Science & Faith album, which rocketed to No. 3 on Billboard's Top 200 and led to a string of sold out US tour dates in Fall 2011. Science and Faith debuted at #1 in Ireland and the UK. The Script have enjoyed an epic rise to fame following the success of their 2008 self-titled debut album and their massive platinum selling single, "Breakeven." That single rewrote history on Billboard's Adult Pop Songs airplay radio chart, taking the #1 spot, where the song completed a record-setting 36 week rise to the summit.
Official Website
This event page has been viewed 906 times.