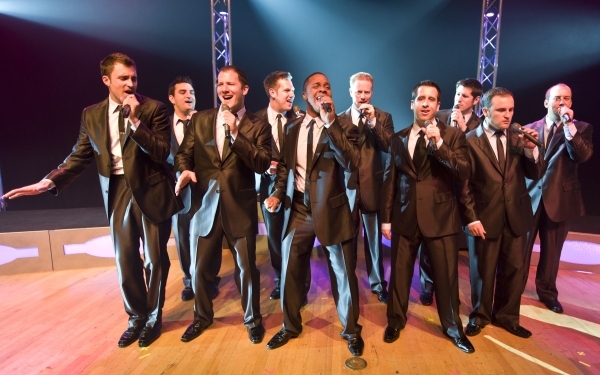 The Indiana University amateur college group now known as "Indiana University's Straight No Chaser" is composed of 10 to 12 undergraduate men whose lineup changes every year. The professional group, known simply as Straight No Chaser, is composed of former members, mostly original members, of the college group. In 2006, a 1998 video of "The 12 Days of Christmas," gained widespread popularity and subsequently led to a five-album record deal with Atlantic Records in 2008.

Official Website
This event page has been viewed 1229 times.