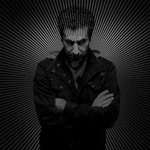 Born in Beirut, Lebanon, in 1967 to Armenian parents during tumultuous political times, Tankian lived in Beirut until 1975 when his family emigrated to Los Angeles. A graduate of Marketing & Business from California State University, Tankian was running his own business developing Propriety Vertical Industry Modular Accounting Software (surely a first for a budding rock star?) when in 1995 he co-founded System Of A Down with three friends from the Armenian-American community.
Official Website
This event page has been viewed 968 times.
bid=||