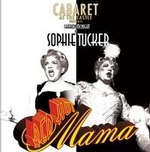 "Not just a mimic, McNight becomes Sophie Tucker," said the Chicago Sun-Times. While the New York Times declared "McNight absolutely keeps Tucker in her era without missing a beat in making her relevant for today's ears and eyes." From the moment she enters the stage, Sharon McNight IS Sophie Tucker from the first naughty wisecrack to the final fun-loving wink. McNight belts the big numbers like, "You Gotta See Your Mama Everynight," "There'll Be Some Changes Made," "Darktown Strutter's Ball" to the comedy numbers like, "I Don't Want to Get Thin" and "Hula Lou" to the lilting ballads, including "The One I Love Belongs To Somebody Else" and the "Man I Love."
Official Website
This event page has been viewed 789 times.
bid=||