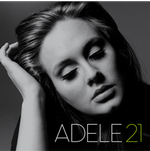 I’ve been having a bit of a debate lately on a really important topic, one that I’ve yet to reach a conclusive decision about, so I’m going to crowdsource now to settle it: Is Adele a musical guilty pleasure? On the one hand, “Rolling in the Deep” is like, the mainstream pop hit right now. I can’t turn on the TV without the video coming on at some point. Not that I watch music television stations or anything. But I’ve definitely heard more than one person blasting it in their cars with all the windows rolled down while driving around in Los Angeles in a single day. Granted, I was driving through West Hollywood, but still. On the other hand, when I’ve broached the subject with fellow music enthusiasts who have similarly pretentious and elitists tastes, the consensus has likewise been, “OMG I love that song, it’s my jam.” Except we instinctively lower to hushed tones when saying so, even when we’re not in public. Is emotive and well-written music a guilty pleasure simply by virtue that it begs to be sung along to and is often sandwiched between Britney and Lil Wayne songs on the TV and radio? Because really, Adele is in a league of artistry that the latter two’s ilk can’t even comprehend. And looking at the current state of pop music, a powerhouse British songstress coming in to class things up a little might be the best thing to happen to the genre. So the answer is no, she’s not. I guess. - Brien Overly
Official Website
This event page has been viewed 1157 times.