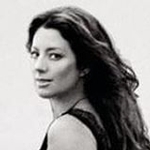 In 1994, McLachlan was sued by Uwe Vandrei, an obsessed fan from Ottawa who alleged that his letters to her had been the basis of the single "Possession." The lawsuit was also challenging for the Canadian legal system: Vandrei was a self-admitted stalker whose self-acknowledged goal in filing the lawsuit was to be near McLachlan physically. Consequently, special precautions were planned to ensure McLachlan's safety if she had to be in the same location as Vandrei at any time. But before the trial began, Vandrei was found dead in an apparent suicide. This topic was explored at length in Canadian author Judith Fitzgerald's book, Building a Mystery: The Story of Sarah McLachlan & Lilith Fair.
Official Website
This event page has been viewed 1414 times.