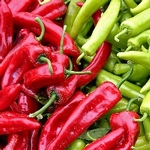 Get ready to use those Rock God skills as Rock 'n' Roll Fantasy Camp welcomes back the one and only Steven Tyler! Fresh from Aerosmith's world tour and the judging table at American Idol, he's ready to rock with you at Rock 'n' Roll Fantasy Camp. Jam onstage at the one and only Playboy Mansion with special guest Steven Tyler. You'll be able to write and record an original song at a world class recording studio with Led Zeppelin's and the Beatle's producer, Eddie Kramer, and take home a professionally produced DVD and mp3 of your final performance. So reserve your spot and prepare yourself for a once-in-a-lifetime opportunity to step out of your basement and into the dream called Rock N Roll Fantasy Camp!
Official Website
This event page has been viewed 962 times.