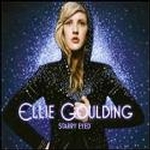 She became only the second artist to be named the number-one predicted breakthrough act of the year in the BBC's annual poll of music critics, Sound of 2010, and receive the Critics' Choice Award at the BRIT Awards in the same year, following Adele's win of both in 2008.

Official Website
This event page has been viewed 1085 times.