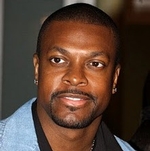 Tucker gained a reputation as one of the leading comics on the Los Angeles circuit and was invited to participate in Russell Simmons’ Def Comedy All-Star Jam on HBO. He went on to star in the films Friday, Dead Presidents, Money Talks, The Fifth Element, Jackie Brown and Rush Hour.

Official Website
This event page has been viewed 1098 times.
bid=||