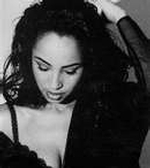 Let’s be real, this is the show to take your significant other to. Because you know it’s the easiest way to do one of the following: Say “I’m sorry” with the intent to have sexy time or to just have regularly scheduled sexy time without further provocation. A gifted vocalist, instrumentalist and songwriter, Legend sings and jams on the keys like he means it every time he plays. With songs that feel more like diary readings than the typically cliché mainstream R&B slow jam fare, Legend is raw and uninhibited with his words and his emoting. Granted, he does tread dangerously close to full on emo territory at times because of this, but the dude always puts a memorable and relatable performance. Taking a nearly opposite approach to performing, Sade’s calm and stoic vocals and stage presence manage to still have a very similar effect. A master of setting an aural mood with her trademarked smooth and delicate crooning, Sade’s melancholic vocals are equal parts powerfully emotive, inspiring and haunting. The woman’s a musical icon, and the fact she’s still playing giant arena venues and continues to be relevant in music is impressive in and of itself, and both she and Legend are artists that everyone ought to at least see once in their life. - Brien Overly
Official Website
This event page has been viewed 819 times.