The world Naughty Dog created and the actors’ performances in “The Last of Us” invest players in the characters. (Sony Computer Entertainment/TNS)

Picking the best games of the decade is an increasingly tough task. The number of titles keeps expanding while the number of platforms has blossomed beyond consoles and PCs. Players encounter so much content that the job of winnowing all that down to a top-10 list is daunting.

I haven’t played all the critically acclaimed titles. Games such as Undertale have escaped my purview, but I’ve played plenty of releases over the past 10 years. The list below isn’t based on quality per se, but it’s more personal. These are the games that had a lasting impact on me. They are the ones that I fondly remember or the titles that I still play today.

That’s partly why titles such as Minecraft and Fortnite aren’t on that list. Although those are the two most important releases of the decade, they aren’t ones that I played very much. With that said, here are the games that were the most important to me over the past decade.

1. Pokemon Go — This unconventional take on the popular franchise had a surreal level of popularity when it was released during the summer of 2016. That enthusiasm has died down but the game remains a force.

Of all the games I played this decade, this has had the biggest impact on my life. That’s because of the nature of Niantic’s location-based game. It’s a title that’s played outside in the real world and encourages players to explore their neighborhood to find pocket monsters.

That pushes players to interact face to face and opens up opportunities to foster bonds between players. The magic of Pokemon Go is how it manages to build community. It’s a game that has led to real-life friendships and even a commitment to running. It’s a mobile title that has enriched the lives of players because its a game that exists beyond the screen.

2. Hearthstone — I tried and failed to get into Magic: The Gathering as a teenager but I gave the collectible card game genre another chance with Hearthstone. I wasn’t disappointed. Part of the success of Blizzard’s game is that the developers simplified the gameplay elements and put it on mobile platforms and tablets.

It opened up the game to a huge audience and the accessible gameplay made it easy to pick up. The combination of the two has made it hugely successful and turned “Hearthstone” into a popular esport. The only black mark on its resume is the controversy over a Hong Kong protest this year.

3. Dark Souls 2 — Those who love the Hidetaka Miyazaki’s “Souls” game have a moment when his games just click for them. They look beyond the difficulty and appreciate the lessons contained within the adventure. No other title this decade taught me more about patience, persistence and perseverance than Dark Souls 2.

This isn’t the best game of the series, but it is the one that hooked me on to this style of gaming. Every encounter is fraught with danger and players feel the tension in every fight. Yes, the game is difficult and it can be obtuse at times, but it’s also the most rewarding experience I’ve had this decade.

4. The Last of Us — One of the most overlooked aspects of modern gaming has been the performances of voice actors. That has changed thanks in part thanks to the work of Naughty Dog, and the performances by actors Troy Baker and Ashley Johnson in this post-apocalyptic masterpiece.

The visuals are gorgeous for its time and the gameplay mechanics are solid with a mix action and stealth, but it’s the world that Naughty Dog creates and the actors’ performances that invest players in the characters and transformed how we appreciate games.

5. Red Dead Redemption — This game kicked off the decade and set the bar for the open-world genre. The beautiful visuals coupled with an intriguing story and memorable protagonist in John Marston made this a game that fans enjoyed living with.

It’s an adventure that used its environment to its advantage, creating a distinct take on the wild west. One that few games have been able to match.

6. Mass Effect 3 — This title capped off arguably the best video game trilogy in years. It was also the culmination of years of storytelling as BioWare wrapped up a journey that began in 2007. What’s notable about this project is how the choices players made over each chapter impacted the totality of the finale.

The ending itself was not without controversy and showed how games aren’t just one-way streets from developers to players. It is a collaboration in which those who make the games must listen to their audience.

7. The Legend of Zelda: Breath of the Wild — Nintendo’s first foray into an open-world “Zelda” was hugely successful and helped with the strong launch of the Nintendo Switch. “Breath of the Wild” was also the biggest departure from the series tried and true formula, but somehow it maintained the ethos of discovery and adventure. It was a series that needed a heavy dose of change and Eiji Aonuma and his team delivered.

8. Monster Hunter World — The disparity between the popularity of the Monster Hunter franchise in Japan and the U.S. has always been wide, but it has significantly narrowed thanks to this entry in the series. Not only has Capcom produced one of its most visually striking games, but by streamlining the mechanics it made it more approachable and addictive. All of this creates one of the best entries and one that broke out in the United States in a big way.

9. Sid Meier’s Civilization V: Brave New World — Every once in a while I have the urge to play a campaign of Civilization. Few franchises have had its hooks in me like that. The developer, Firaxis, has molded a successful franchise by launching a new chapter with improved visuals and mechanics, but over time, they have refined it through downloadable expansion packs. The process has made a great game perfect. The pinnacle of the series is Brave New World, where the team brings in ideas such as the World Congress, tourism and Great Works to add a new layer of depth to the late game. This game continues to be one I return to despite a solid sequel.

10. Overwatch — The rise of esports has been one of the major stories of the decade, and one of the games that capitalized on that is Overwatch. Blizzard’s team-based shooter was a hit because it allowed players of all skill levels to compete by allowing them to fulfill different roles. If someone doesn’t great quick-twitch skills or accuracy, they may have a talent at tactics or healing. That makes it more accessible and rewarding. I’ve spent hours playing with my brother and cousins and figuring out our own playstyles.

Blizzard has done a great job at cultivating Overwatch as an esport, and with its Overwatch League moving its teams to local markets in 2020 and a sequel on the way, the future looks bright for the game.

Special Features
Video ‘gaming disorder’ to be officially labeled as a disease
6,864 views 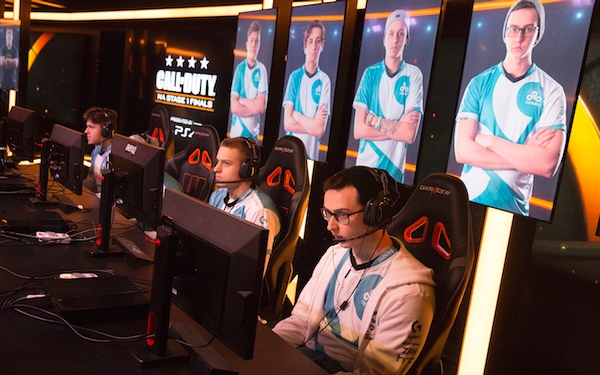 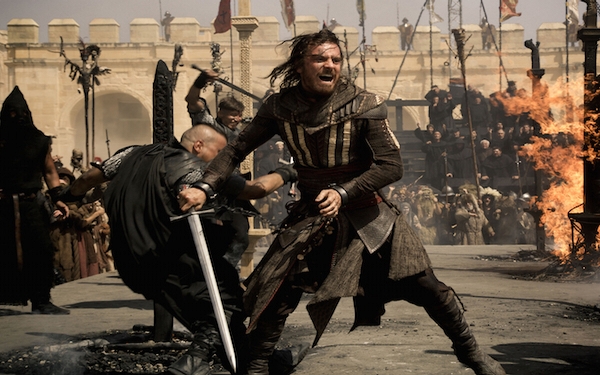 Special Features
Michael Fassbender takes up the sword in ‘Assassin’s Creed.’ Can it spawn a film series?
7,300 views 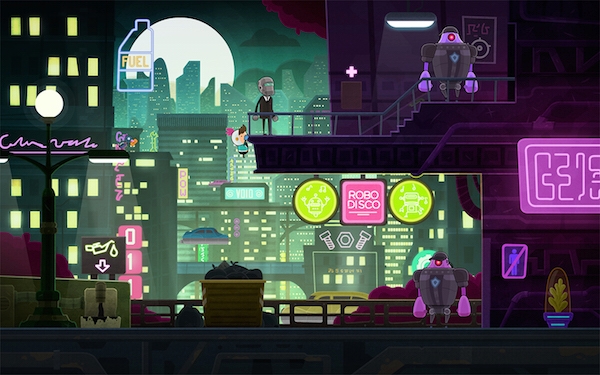 Special Features
The future of video games appears to be going mobile — although male players may drag their thumbs
4,280 views