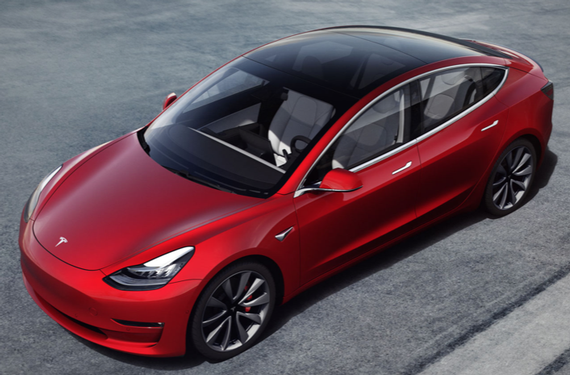 Maybe the world is returning to normal. Or maybe it’s getting to a new normal of living with the coronavirus. Certainly there are signs of life returning to the new-car market. The opportunity to get a great lease deal while sales are lousy may be fading away.

Dealer inventories are high, retail sales are slow and interest rates are near zero relative to, say, February. So, there’s still some car-leasing opportunity out there. If you feel confident buying over the phone or internet, you should act now. Do your research and think hard before deciding that leasing is right for you.

What hasn’t changed is how to get a good deal, and who should and shouldn’t lease. Leasing a car instead of buying one from a dealer is for people who generally have settled lives and predictable futures. Folks who’ve settled into a groove and know they’ll be there for the next few years. Don’t lease a car if you’re always moving, can’t hold a job or have a poor credit score. But if leasing a car is for you, here are 10 good lease deals currently being offered with manufacturer backing.

This doesn’t mean that they’re the best vehicle lease deals out there for your specific situation. It may be that your credit union or leasing company is offering a killer deal, or your mortgage holder is offering a discounted product that bundles a lease with your loan payment. And it’s always a great idea to consult with your accountant about how your tax situation may be affected by starting a vehicle lease.

The trick with leasing a new car, SUV or truck is doing research, understanding the components of vehicle leasing, and then negotiating a payment from a position of knowledge and confidence.

The Dodge Challenger SRT Hellcat is a beast. It’s a 707-horsepower, supercharged V8-powered muscle machine that seems almost primal in its appeal. It’s not low-key, not sophisticated and growls with the menace of a Rottweiler. The six-speed manual transmission operates with all the ease of a jackhammer breaking up granite. While this deal seems to be restricted to certain zip codes around Chicago, there may be other offers available in other areas. Is $599 a month cheap? Nah. Nothing about this is cheap, except some of the interior pieces. But, come on, it has 707-horsepower. This deal is on through June 1.

Tesla does things differently. On the company’s website is a financing calculator that lets potential customers calculate the cost of a purchase or lease and change variables like mileage allowances and length of lease term. It is a tool every manufacturer should have on their site.

The lease featured here is for Tesla’s bestseller, the more affordable Model 3. The version calculated is the all-wheel-drive, dual-motor speed demon version. In other words, the most expensive Model 3. But using the Tesla lease calculator, we know it’s also possible to get a rear-wheel-drive, single motor, standard range Model 3 on a $399 a month, 36-month/30,000-mile lease after $5,594 at signing. This offer is good indefinitely.

Hyundai is pushing leftover 2019 model year Ioniq electrics for stupendously silly lease prices. In New York, it’s $79 a month after only $999 at signing. Over the leases 30,000-miles allowance, that works out to a mere 14 cents per mile. In other areas the leases are around $108 or $109 a month with $2,500 at signing. Hyundai promises this insane lease will last at least through June 1.

This deal is only for those people who live in California near a hydrogen filling station. So that’s probably not you. But this deal on Honda’s Clarity Fuel Cell sedan is stunning. For $379 a month after $2,878 at signing, you get a three-year lease that includes an astonishing 60,000 miles of use. And atop that, the lease includes up to $15,000 worth of fuel, too. Toyota offers its competitor, the Mirai, on a good deal too — including the free fuel. But the Honda is cheaper and, to those of us who have driven them, a better vehicle. This offer is good through June 1.

Acura is, yes, still in the sedan-building business. And the TLX is the one in the middle — between the dinky ILX and the oh-yeah-I-forgot-about-it RLX. The TLX is well appointed, rides well and fades into the background like beige wallpaper. And Acura offers keen deals on the four-cylinder, front-drive version matched with an eight-speed dual-clutch transmission. If you’re coming out of a competitive lease it’s $279 a month after $2,499 at signing on a short two-year/20,000-mile lease. If you’re not coming out of a competitive lease, the monthly payment rises to $299, but everything else stays the same. This deal is promised to run through June 1.

It’s been around a while, but the HR-V is still Honda’s smallest and most adorable crossover. And Honda’s newfound enthusiasm for zero money at signing means it’s one of the easiest leases to afford and sustain. It’s only $250 a month in most states for three years and 36,000 miles of use. That’s for the front-drive model; the monthly price rises to $270 if you want all-wheel drive. Offer ends June 1.

When a new model comes out, the previous-generation vehicles become boat anchors on dealer lots. Apparently, there are some new 2019 Highlanders still at dealers, and in some areas there are good lease deals sitting on their hoods. This one found in New York is on an LE model with all-wheel drive. It goes off at $279 a month after $2,999 at signing for a three-year/30,000-mile lease. Toyota has also minted some deals on the new 2020 Highlander, but they’re not as good as those on leftover 2019s. So, go looking in the back of your dealer’s lot for Highlander stragglers. Deal expires June 1.

Yes, the Kia Soul is adorable. And Kia always pushes multiple lease deals on virtually every version of the Soul. The cheapest one on a cost-per-mile basis is $169 a month after $2,699 at signing for a three-year/36,000-mile lease on the LX model. After factoring in a $400 disposition fee, that works out to a total cost of $9,014 and only 25 cents per mile. This deal is for New York. It’s somewhat more expensive in other areas, but still cheap.

The F-Pace is Jag’s mainstream luxury SUV, and the lease that the British company is promoting for it is priced more like a non-luxury model. It’s a three-year/30,000-mile lease for $449 a month after $3,995 at signing. The F-Pace is good looking, drives well, and best of all, isn’t yet another German or Japanese crossover. Offer ends June 1.

If you can qualify for a friend-of-Ford A- or Z-plan purchasing discount, the still fresh 2020 Explorer XLT 4WD can be had in Michigan for $299 a month after only another $299 at signing. Make friends at Ford. Get your relative jobs at Ford. Get the discount on this three-row crossover SUV. This is for a short two-year/21,000-mile lease.

Other regions don’t demand such insanely low down payment but are still a value. You don’t need to be on the A- or Z-plan to get an Explorer XLT 4WD in the New York area, for instance, at only $209 a month after $3,629 at signing on the same two-year/21,000-mile lease. Offer ends June 1.

Roadshow and the Roadshow logo are registered trademarks of CBS Interactive Inc. Used by permission.

Visit the Roadshow at Roadshow.com