Greatest summertime band of all time provides soundtrack for season 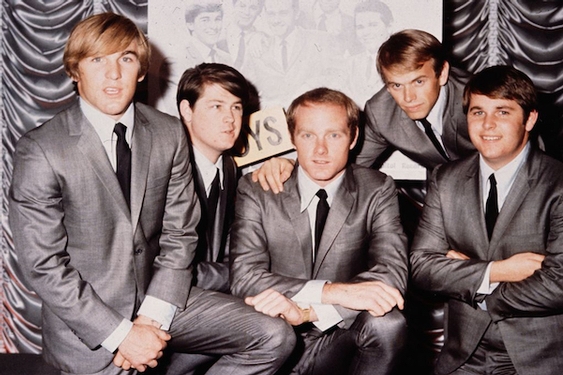 School’s out, the sun is blazing and those California beaches are most definitely calling.

The only thing that might be missing is a proper soundtrack for the season.

So, let’s once again turn to the greatest summertime band of all time.

Yes, of course, we’re talking about the Beach Boys.

Capitol Records and UMe are celebrating the 60th anniversary of the Rock & Roll Hall of Fame act by releasing a greatly expanded and remastered edition of “Sounds Of Summer: The Very Best Of The Beach Boys.”

The original multiplatinum-selling album was released in 2003 and featured 30 songs. The new version adds 50 more to the mix, resulting in 80 tracks that range from the band’s best-known hits to deep cuts.

Sing along with these Heroes of Hawthorne on “California Girls,” “I Get Around,” “Surfer Girl,” “God Only Knows,” “Good Vibrations,” “Wouldn’t It Be Nice,” “Barbara Ann,” “Help Me, Rhonda.” “In My Room” and many other beloved offerings.

Opinion
Taylor Swift is sitting on top of the world
10,836 views

Opinion
Social media has helped One Direction keep going — but is end near?
2,011 views

Opinion
Apple changes its tune for Taylor Swift: What have we learned?
1,738 views

Opinion
From Alabama Shakes to Kamasi Washington: The best pop albums (so far) of 2015
1,596 views

Opinion
Beyoncé vs. Justin Timberlake: Who had the better MTV VMA Medley?
4,737 views