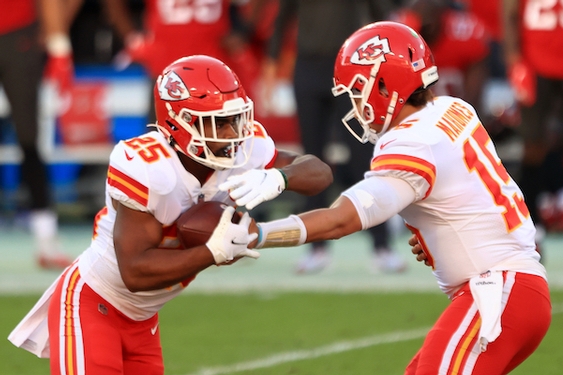 We are firmly in the sweet spot for fantasy football drafts.

NFL rosters have been whittled down to 53 players, practice squads have been established while the Buccaneers and Cowboys prepare to kickoff the 2021 season Thursday.

If you participated in a draft before this week's roster cuts, I admire your devil-may-care attitude, but the closer to the opener, the better.

Three tips to consider before you figuratively strap on your helmet:

1. Average Draft Position is an important tool you can use to understand how most people value a certain player, but don’t treat it as dogma. If you want a player, but the ADP indicates the player is going a round or two later, draft the player you want. If you’re playing with a bunch of fantasy veterans, it’s likely your player is about to be selected anyway.

2. Unless you are playing in a super-flex league or your league settings favor quarterbacks, wait as long as possible to draft a signal-caller. Targeting a QB like Matthew Stafford or Ryan Tannehill in the eighth round over Patrick Mahomes or Josh Allen in the first three rounds will help you build a stronger roster.

3. Chase upside at all costs. If you face a difficult decision between multiple players, take the one with the better best-case scenario.

The Preamble: The bedrock of great preparation for your fantasy football season is determining the players you can draft later and yet still reap a solid value (sleepers) and/or the players you shouldn't draft at all (busts).

Being able to discern between the two will make all the difference in establishing a championship DNA for your fantasy squad.

Here are my sleepers and busts for the 2021 fantasy football season:

His (ADP: 61) locked in value is in PPR formats — he had 53 receptions and four touchdown catches in 2020 — but there's upside in his all-around game that didn't exist before Kenyan Drake left during free agency.

If this season resembles the second half of last season, Murray (ADP: 37) will have trouble living up to his draft position.

Davis is being drafted as a RB23 (ADP: 56), which is essentially his floor. He's one of the best values in fantasy football drafts this season.

When all is said and done, Ryan (ADP: 128) will likely have serviceable overall stats, but he had one or fewer touchdown passes in eight games last season.

Edwards (ADP: 77) should definitely be a target for "zero RB" enthusiasts. He's a top-20 option being drafted as the RB30.

This is still a run-first offense and Brown is the epitome of boom or bust.

The position in Buffalo has a low ceiling given Allen's vulture tendencies in the red zone.

This unit is young, talented and features playmakers at every level.

There are a few things that concern me about Moore (ADP: 54) despite my affinity for his talent. He is big-play dependent and only has 10 touchdowns in 46 career games.

Fields (ADP: 139) looked like the electric, dual-threat player in the preseason we witnessed at Ohio State and it's only a matter of time before he is the starter.

I'd consider Montgomery (ADP: 29) in the fourth round, but not before. The return of a healthy Tarik Cohen and the free agent addition of Damien Williams will limit his upside in the pass game.

Both Boyd and Tee Higgins (ADP: 71) offer higher floors than Chase (ADP: 68) in his rookie season.

Peoples-Jones' big-play ability will allow him to thrive on the perimeter with a healthy Odell Beckham Jr. on the other side and Jarvis Landry manning the middle. He's a perfect flier at the end of your draft.

Hunt (ADP: 48) is currently going somewhere between the fourth and sixth round. That's a hefty price for someone with zero RB1 potential unless something happens to Nick Chubb.

Jarwin (ADP: 217) is a great flier late if you pass on the top six tight ends early.

The talented Pollard (ADP: 123) is an example of backup running backs being overdrafted. Ezekiel Elliott has missed just one game because of injury since entering the NFL in 2016.

I expect some rust from Sutton (ADP: 79) considering the major knee surgery and missing the majority of last season, but two seasons ago he was a top-20 fantasy receiver even with inadequate quarterback play.

I love Fant's big-play ability, but expect Sutton and a revitalized run game to cut into his red-zone targets.

St. Brown (ADP: 195) should be among the top two or three in targets here as the slot guy and will be an asset in most PPR formats.

I'd rather select someone with more upside where Williams (ADP: 111) is being drafted.

Aaron Rodgers' love of Randall Cobb brought him home via trade, but I anticipate the rookie's "Deebo Samuel" skillset will eventually win over the reigning MVP and carve out some flex value in PPR formats.

Cooks (ADP: 99) is being drafted as a WR40, but has finished worse than WR16 in fantasy only once since 2015, and that was because of an injury.

Johnson is approaching 30 and this running back group includes Mark Ingram, Phillip Lindsay and Rex Burkhead. It's going to be a mess.

It's unclear how much time T.Y. Hilton will miss, but any time on the shelf for the team's target leader last season will create an opportunity for Pittman (ADP: 114).

Pull the trigger if you can land him in the second round. Otherwise, consider me apprehensive because of Indy's overall injury situation.

Robinson (ADP: 39) had at least 90 total yards or a touchdown in 12 of 14 games during his rookie season. He was undervalued even before Travis Etienne's season-ending injury.

Chark (ADP: 84) will have some spike weeks — assuming the surgery on his broken finger went well — but there's a lot of overlap in what he and Marvin Jones Jr. (ADP: 133) does, and I prefer where Jones is being drafted.

The track record of Andy Reid's RB1 production is well documented. Edwards-Helaire (ADP: 22) is a theft anywhere outside of the first round.

This is about team building. For most leagues, the early second round is too early to draft a quarterback.

In his four seasons, Williams (ADP: 114) has produced a double-digit touchdown season and has also surpassed 1,000 yards while never topping 90 targets.

I certainly get the appeal in PPR, but there are better options at cheaper prices considering Ekeler (ADP: 13) has just one 1,000-yard season (from scrimmage) to his name.

It's hard to bet against Aaron Donald and Jalen Ramsey, but the unit lost key contributors in free agency, including defensive backs Troy Hill and John Johnson III to the Browns.

With Jalen Richard sidelined indefinitely, Drake (ADP: 108) has a chance to surpass 50-plus catches once again and provide great value in PPR formats.

The Raiders signed Drake to keep Jacobs (ADP: 26) fresh, but the addition will also zap whatever upside he had in the passing game.

People are drafting Fuller (ADP: 112) like he's suspended for six weeks, not just the opener.

I can understand Gaskin's ADP (45) in PPR formats, but not standard leagues.

Irv Smith Jr.'s season-ending injury opens up a larger role for Conklin, whose final four games of 2020 projected out to 60 receptions, 672 yards and four touchdowns across a full season.

Thielen (ADP: 46) is being drafted as a WR18, but failed to finish as a top-20 option in over half his games last season.

Callaway (ADP: 133) has displayed the size/speed/elusiveness combination throughout training camp and the preseason that made him one of my favorite undrafted free agents of 2020.

It isn't the comeback from ankle surgery that concerns me, it's the fractured relationship with the team.

The highest volume of Davis' (ADP: 107) career could boost him into the top-20 at his position.

The talented Carter (ADP: 91) is firmly locked into a committee that will hinder his production as a rookie.

Hurts fulfilling his upside could be bad for Sanders' (ADP: 34) investors.

Ben Roethlisberger may not throw it as much as he has recently, but I expect him to continue to feature the tight end position and the Steelers drafted Freiermuth in the second round for a reason.

The emergence of Najee Harris will make it impossible for the Steelers offense to sustain three wide receivers in fantasy. I'd rather invest in Diontae Johnson or Chase Claypool.

Kyle Shanahan likely will have around 500 carries to divide amongst a talented group and I expect Sermon (ADP: 79) to be interchangeable with Raheem Mostert (ADP: 59), and be had at a decent discount as well — Mostert has yet to surpass 134 attempts in his career despite his explosiveness.

Aiyuk (ADP: 64) is a threat to score every time he touches the ball, which means he will definitely have some big weeks, but I'm concerned the volume won't be there.

Everett (ADP: 192) has an established relationship with the new Seahawks offensive coordinator Shane Waldron, who spent his past four seasons with the Rams.

There's no doubt Carson (ADP: 31) is productive when he's on the field. It's just hard to have confidence in his health.

Bernard (ADP: 185) will likely be used similar to how James White was utilized during Tom Brady's time in New England.

It's highly unlikely Evans (ADP: 33) will maintain last year's touchdown rate and I'd rather target Chris Godwin (ADP: 42) or Antonio Brown (ADP: 94) to invest in this pass game.

Tannehill (ADP: 82) is being selected as a QB11 after he produced 40 total touchdowns in 2020. He has even more weapons at his disposal now and his offensive line — one of the best in the NFL — is completely intact.

History makes it hard to support drafting Henry (ADP: 3) this season, no matter how indestructible he seems. The seven previous running backs who surpassed 2,000 yards in a single season all took a noticeable dip on average the following season — from 362 carries to 257, 2,048 yards to 1,100 and 14 touchdowns to only seven. Only three of them played in every game after their historic campaign. 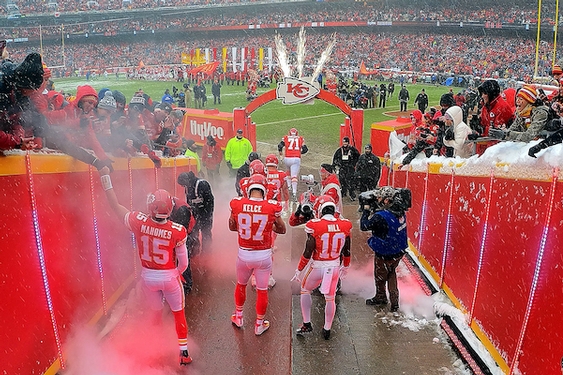 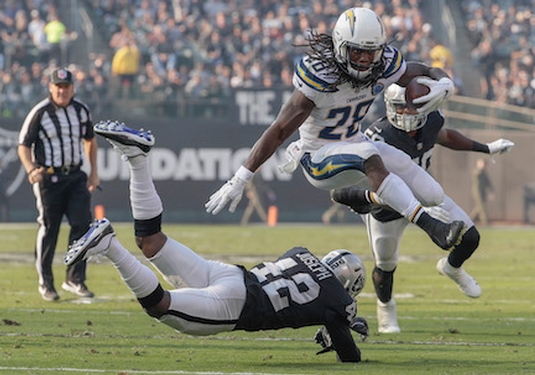