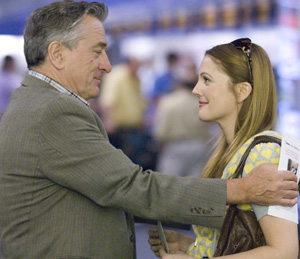 We all know that at some point we are going to grow old. Hopefully, we will have raised our children well and lived a fulfilled and happy life, no matter what the family dynamic is. Do we ever really stop though and think about how we will feel if the one we chose to marry ’til death do us part dies?

The new film Everybody’s Fine, by director Kirk Jones, addresses the reality of growing old and the realization that reaching out is the only way to stay truly connected. Robert De Niro plays Frank, a newly widowed husband who is looking forward to a family weekend. Four of his grown children plan to come home for a visit, causing Frank to eagerly anticipate their arrival.

He soon learns that not one or two, but all four children flake on the homecoming due to prior engagements or busy schedules. Disappointed, he then decides to travel across the country to surprise each one of his children.

We soon start to learn that all of his “happy” children aren’t necessarily so. On his first stop to visit his youngest son in New York City, he is unable to reach him. This sets off a tone of unease right from the beginning that you continue to feel throughout the entire film.

He then visits his daughter Amy, played by Kate Beckinsale, in Chicago, and is greeted with an icy and emotionless chill. He clearly knows that he isn’t welcome, so he decides to head out the following day to visit his second son, Robert. These visits from their father start a series of phone calls between the siblings, who collectively decide certain secrets should remain so.

As the film goes on, you learn that Frank was a bit of an overbearing father who wanted his children to succeed, while his wife kept the actual burdens of their lives secret from him. His frustration builds throughout the film because he senses they are all lying to him, and he just wants the truth. It does eventually unfold in a sobering way.

Sam Rockwell and Drew Barrymore round out a fantastic cast, which should have left me feeling fulfilled. Unfortunately, this film felt a little lackluster. This is a remake of Giuseppe Tornatore’s 1990 film Stanno tutti bene, which had an authentic feel of a family drama, while this just felt a little flat and forced.