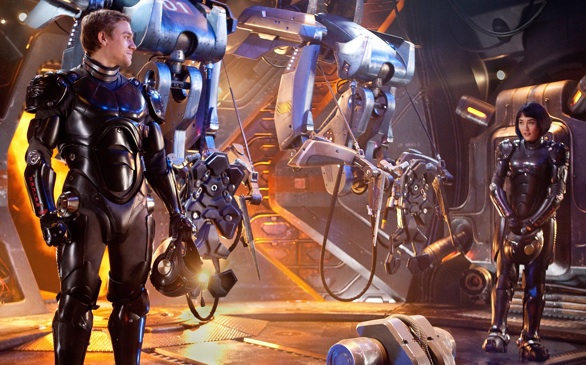 L.M. Sabo’s I Push On captures an individual’s protest against big oil.

When I started babysitting at the tender, naïve age of 12, it was just an urban myth. Older girls would joke about it and advise that I be on my best behavior at all times, just in case.

Well, obviously I was always a watchful, responsible sitter regardless of whether or not,I thought I was being watched by an omniscient, hidden party. But it’s a scary thought nonetheless.

We’ve even seen it in numerous films lately. First Meet the Parents, then movies like The Nanny Diaries and License to Wed followed suite. It’s a sign of the changing times and the advent of the age of technology when it is feasible for a film’s plot to be ushered along by a video recorder in a stuffed animal.

Now, it’s not only a parent’s precaution but a form of art that has its own film festival dedicated to the funny, scary, unusual footage caught on the nanny cam. PXL THIS 19 features films made with the Fisher-Price PXL 2000 toy camcorder, and “pixelators” come from across the country to show their “cinema povera” artwork.

The shorts expose one man’s crusade to boycott oil by cutting his own grass. They depict a girl enjoying the afternoon with her kitten. They even expose the party scene from the perspective of the socially awkward.

This annual festival is something that has been long in coming and will hopefully be around for a while because, though I love feature films as much as the next girl, it’s so much more interesting to see footage that isn’t as easily accessible.

And to all those who still babysit: You may want to stay away from stuffed animals, toy cars and the likes in the off chance that you might be making your silver screen debut. 7 p.m. and 9 p.m. FREE.