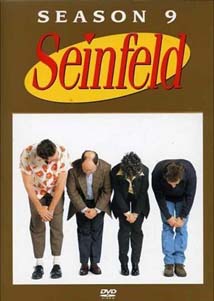 Alternative Holiday Viewing: “Seinfeld,” the Festivus episode: This classic episode entitled “The Strike,” from the stellar final season (season nine, episode 10), introduced the world to the twisted holiday invented by Frank Costanza. Its traditions include a bare metal pole and shirtless wrestling. Meanwhile, George has come up with the perfect scam in lieu of gift giving. He sends people a card saying a donation has been made in their name to his made up charity, the Human Fund.

For the true Grinch, Black Christmas (1974) is the perfect holiday remedy. Watch sorority girls screaming for their lives when a psycho stalks them over Christmas break. Margot “Lois Lane” Kidder stars in this early slasher classic.

Director Harold Ramis made something of a comeback with 2005’s The Ice Harvest. John Cusack and Billy Bob Thornton star as a shady lawyer and a strip club owner who attempt to rip off the mob on Christmas Eve. Of course, double crosses and surprise complications trap Cusack in town. Ramis mixes film noir with pitch black comedy from a script co-written by novelist Richard Russo. Connie Nielsen and Oliver Platt co-star.

“Mystery Science Theater 3000”: Santa Claus Conquers The Martians. Join Joel and his robot friends as they lambaste this deranged piece of ’60s schlock. The title pretty much says it all.

Funny Business: It’s Always Sunny in Philadelphia: It’s A Very Sunny Christmas. Nothing says the Spirit of Christmas like the gang at Paddy’s Pub. These guys take the self-centered eccentrics of “Seinfeld” and crank them up to 11. It’s the funniest show on TV right now. This special hour-long episode is the perfect antidote to that warm and fuzzy feeling.

“Mystery Science Theater 3000”: Vol. XVI. The latest collection of “MST3K” classics includes a limited edition Tom Servo figurine. There are four episodes, two from each host’s eras. From Joel we have the Mad Max rip-off Warrior of the Lost World and Bela Lugosi’s The Corpse Vanishes. Mike riffs on Santa Claus and one of the best episodes, Night of the Blood Beast, which includes the original Turkey Day bumpers.

Also available: Ben Stiller in Night at the Museum: Battle of the Smithsonian

Blu Notes: Two classics of ’90s cinema come to Blu-ray. Luc Besson’s breakout hit in the U.S., Leon: The Professional, stars Jean Reno and a young Natalie Portman as a professional killer who takes under his wing an orphaned girl who wants revenge for her parents’ deaths. Gary Oldman and Danny Aiello also star.

Steven Soderbergh’s feature debut, sex, lies and videotape, was single-handedly responsible for kicking off the Sundance craze. It tells the story of a bizarre love triangle of sorts. It centers on an uptight woman (Andie MacDowell) who has sworn off sex, her husband (Peter Gallagher) who is having an affair with his wife’s sister and an old college friend (James Spader) who has come to visit. Spader, however, has a peculiar hobby – videotaping women’s confessions.

Also Available: The Brooklyn Heist, 2 Turntables and a Microphone: The Life and Death of Jam Master Jay