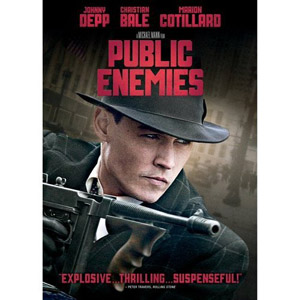 The best of the best in mixed martial arts comes to hi-def Blu-ray in UFC: The Ultimate 100 Greatest Fights. These brutal battles became a Pay-Per-View phenomenon over the last 15 years. Here are the greatest hits, so to speak, in their entirety.

The Vault: The Paul Newman Tribute Collection is a stunning 17-disc set offering a diverse selection from the legendary actor’s long career, including Butch Cassidy, The Hustler, The Verdict, The Towering Inferno and Exodus. Also included is a beautiful photo book.

Funny Business: The Steve Coogan Collection brings together all of the British chameleon’s BBC work, including some previously unreleased gems. The master of uncomfortable comedy, who recently broke out in the United States with Hamlet 2, became a superstar overseas in shows like “I’m Alan Partridge” and “Knowing Me Knowing You.”

Say Anything: 20th Anniversary Edition. Cameron Crowe’s directorial debut proved his strength in creating romantic comedies about real characters – something that is altogether missing from the paint-by-numbers rom-com landscape, and which makes this film still worth seeing after 20 years. This edition includes commentary by Crowe and stars John Cusack and Ione Skye.

The Idiotbox: For the sci-fi enthusiast, the entire run of the modern TV cult classic “Farscape” comes to DVD in one megaset.

“Lost” fully recovered from a couple of rocky seasons with the Complete Fifth Season. After finally deciding on how many seasons the show would run, creator J.J. Abrams cut down on the filler and brought the A material as the gang deals with the fallout of time travel on the island.

In Toon: For the “Dragon Ball Z” purist, Dragon Box One contains the first 42 episodes, uncut, remastered and presented in their original Japanese.

The first feature-length animated film, Snow White and the Seven Dwarfs, remains a beloved classic for all ages. It is now available on DVD and Blu-ray in the Diamond Collection and comes loaded with extras.

Earth is a beautiful documentary film in the tradition of old Disney classics that tell a story using footage of nature. The team behind “Planet Earth” captures the migration paths of four animal families in stunning cinematography perfect for HD. James Earl Jones and Patrick Stewart narrate.