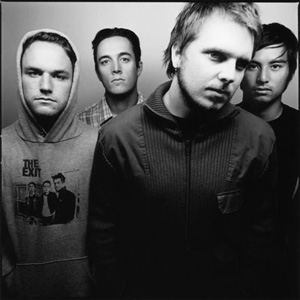 Cliché as it may sound, going to a show the day before Thanksgiving really does make you take stock of some of the things you’re thankful for as a music enthusiast. Seeing Thrice play the day before Thanksgiving, no less, will definitely tip the scales in favor of the things you appreciate, rather than those which make you pissy, aggravated and otherwise ready to swear off modern music entirely.

Despite the fact that the Irvine-bred rockers now have seven full-length albums under their belts, they still put together a lengthy set list highlighting the best work of each era. From the soulful folk-jam “Come All You Weary” to the in-your-face shredding of “The Arsonist,” the foursome effortlessly showed all sides of their multi-faceted sound.

The audience reacted in turn, clapping along anticipatorily with each of Riley Breckenridge’s drum buildups, thrashing with each solo from guitarist Teppei Teranishi and yelling word for word to every lyric frontman Dustin Kensrue howled and crooned. Whether cutting loose his signature guttural growl or taking a more delicate approach, Kensrue was disarmingly emotive with his vocals, giving each word an emotional urgency while maintaining his characteristic vulnerability.

Though, as always, there was someone to fill the role of that guy who thought it would be funny to yell for the band to hurry up and play old school favorite “Deadbolt,” the audience was unusually responsive to the band’s newer material. Mixing the best of both worlds by bridging the gap between the band’s harder and more melodic sides, songs like “All the World is Mad” and “The Weight” from the Beggars album seemed all but preordained to be sing-along hits with fans across the spectrum. When the band did inevitably get to playing “Deadbolt,” it was very much worth the wait, but still, don’t be that guy.

Though it’s still surprising how enthusiastic the crowd was, despite the fact this was a hometown show, let’s just all be thankful a truly worthwhile band is getting some long-overdue respect and leave it at that.