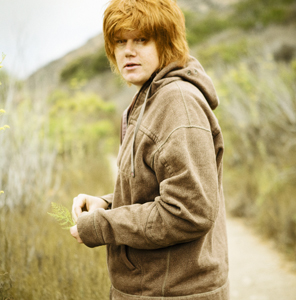 Brett Dennen doesn’t write songs, he writes the truth. In a form of literature all his own that has the power to change the world, he hopes to do just that.

With his soothing guitar melodies and voice to boot, Dennen woos his listeners with lyrics that are full of meaning, love and hope. Whether he is painting the picture of a desert sunrise or pondering what is in store for us after death, the clarity in which Dennen presents his stories and experiences is one that nearly all people can relate to.

The thing that sets Dennen apart from the infinite pool of singer-songwriters is his ability to grab the listener’s attention and make him or her actually process his lyrics. While he has a variety of melodic and structural forms throughout his body of work and the catchy music may draw people in, it is the lyrics that keep them sticking around for more.

Dennen has been featured in Rolling Stone and on numerous other “Performers to Watch” lists, but these are not what he cares about. While his current rise in exposure has sent him around the world and up the charts, at heart Dennen lives a life true to his songs and message.

“I consistently see crowds of people who want to feel love and want to be loved,” says Dennen.

Before writing “Ain’t No Reason,” the song that essentially launched his career, Dennen was a humble student at University of California, Santa Cruz who studied, essentially, how to change the world.

“We studied local non-profit organizations, sociology and the history of social movements, and it tied all that together with how to do good community work,” he says.

With his community studies/social change major, and the enchanted forest of a campus, Dennen became a little more serious about his guitar-playing hobby that started when he was only 13.

After graduation, a short stint in education revealed what kind of influence he could have singing and playing his music for others. Dennen discovered that through his music he could somehow allow others to feel the love and hope they yearned for. He then proceeded, as nearly all musicians do, logging in hundreds of gigs at local coffee shops and obscure settings such as a zoo, a pot farm and a flying saucer festival, honing his songwriting abilities into what they are today.

A truly impressive characteristic Dennen shares with some other top songwriters is that he has the ability to transcend any type of cultural boundaries by speaking a universal truth in his lyrics. Never trying to be someone he is not, the honesty his music evokes is inspiring and hopeful.

“I think that no matter what language we speak, where we are from, what circumstances we come from or are born within, I think everyone wants to feel loved,” Dennen says.

One of the things Dennen has enjoyed the most about his success is touring, and all of the people he has gotten to meet along the way. By meeting and collaborating with such a diverse range of people, Dennen has evolved as a writer and shown that humility and honesty can go a long way.

Perhaps the most unique feature about Dennen, besides his six-foot, five-inch frame, glowing red hair and seemingly always bare feet, is his trueness to himself. Whether it is in a coffee shop for three people or an amphitheater with 20,000, Dennen always enjoys what he is doing and promotes being comfortable with oneself.

In sending the powerful message he does, Dennen has not gotten lost in the journey as so many do, becoming someone he is not. Rather he remains un-phased by his popularity and remains committed to letting people see him for who he is, and he continues singing about what he cares so deeply about.

Dennen truly gives hope to the hopeless and meaning to this world, because no matter where you go, or what you do, with music, he says, “You’re opening up [people’s] hearts and allowing them to grow and feel things; and that is where change begins.”

Brett Dennen will perform Dec. 12 at the Wiltern. For more information, visit brettdennen.net.