Directors Who Should Try Sci-Fi 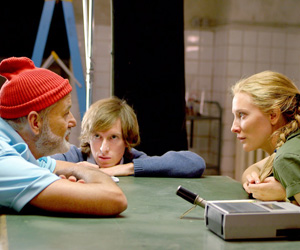 It’s time for another round of “comfort zone” where I muse about what it would be like if certain directors stepped out and made a film in a genre that could possibly be foreign to them. One genre that I think has been lacking for a while is the science-fiction genre.

Most sci-fi films that come out are boring, uninspired and most often copy the formula from other sci-fi films. The last awesome sci-fi film I saw was District 9, directed by Neill Blomkamp.

Sci-fi doesn’t just mean aliens, spaceships, lazer beams and robots. Sci-fi is an all-encompassing genre with limitless possibilities. Sci-fi is also not to be confused with the fantasy genre.

Fantasy is dragons, wizards, knights and sorcerers type stuff. The Lord of the Rings is fantasy. Star Wars and Blade Runner are science fiction. Some of the best science fiction films to me are stuff like 2001: A Space Odyssey, Alien, The Terminator, The Road Warrior, The Matrix, Metropolis, Blade Runner and Twelve Monkeys, just to name a few.

In honor of the science fiction genre, I’ve selected four directors who have yet to make a sci-fi film who would most likely make something inspired. The idea would be that if these filmmakers were challenged to make a sci-fi film, they would bring their style and aesthetic to it and make whatever film they wanted to make.

Wes Anderson: The Life Aquatic with Steve Zissou is right there on the edge of being science fiction. If you had stuck some robots in there, it probably would be. Anderson’s filmmaking style and his perspectives on the stories he’s telling are very unique.

Imagine if Life Aquatic was set on a sister planet to Earth, and instead of hunting the jaguar shark, Steve was hunting some new species of sea life that had killed his partner.

After seeing what Anderson did with Fantastic Mr. Fox, I’m definitely ready to see him tackle the sci-fi genre in whatever way he sees fit.

Jim Jarmusch: Jim Jarmusch is the definition of an independent filmmaker. His films are minimal and esoteric in their storytelling, and he makes them the way he wants to without studio involvement. Although he mainly does modern day drama/comedies, his western, Dead Man, starring Johnny Depp displayed that he’s a much more capable filmmaker than some might give him credit for.

Some might think that sci-fi films have to be clunky and loud, which is not the case. The great thing about the sci-fi genre is that you can defy its conventions and still qualify as a sci-fi film. If put in the hands of a filmmaker like Jarmusch, you’d probably get a film with just the right amount of defiance while staying true to the genre.

Oliver Stone: Not only is Oliver Stone great at making films about real people and real events, he’s arguably one of the best filmmakers of all time. Stone is a master of the political genre, and over the course of his career he has delivered many films tackling very real and very controversial political subjects.

One thing the sci-fi genre is good at is providing a canvas for allegories. Whether it is political, social or environmental, taking a real world issue and putting a sci-fi spin on it is always interesting.

District 9 took Apartheid and put a sci-fi spin on it, and 2001 took man’s relationship with technology and created a sci-fi allegory for it. You can’t argue that Stone wouldn’t kick ass at this.

Spike Lee: Spike Lee is the kind of filmmaker that’s capable of anything. He’s a true master of the craft. Like all of the aforementioned filmmakers, he’s the kind of director that does his best work when you don’t get in his way.

After doing mostly interpersonal relationship films, Lee blew us away with Malcolm X. Then after many years of stronger work, he hit us over the head with Inside Man, showing even more capability as a filmmaker with his version of a mainstream Hollywood popcorn movie. Then he showed us he could do a war film with the underrated Miracle at St. Anna.

Spike, I think it’s time. Give us the science fiction film we all know you’ve got in you.