It Is The Season: (A Winter Music Preview) 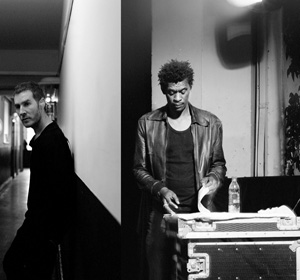 This winter’s a slow season for music, particularly as new releases are held off for the next year whilst the Powers That Be – bloggers, at least – sing their praises and attempt to perk up the download count of all music forgotten (because boosting physical album sales would be a silly pipe dream, wouldn’t it?). While there aren’t many surprise gems to write home about in the upcoming months, there are some new releases from old reliables, as well as fresh projects by recognizable names.

If you enjoy spending extra money on shipping, get over to the online shop of UK label Damaged Goods for their 2009 holiday single, Piney Gir’s “For the Love of Others.” It’s available as a three-track seven-inch, and is pure delight, thanks to the otherwise unsigned songstress.

This side of the Atlantic, a few worthwhile releases arrive this week, including a seven-inch for “Pieces” (Jagjaguwar), the second single off Dinosaur Jr.’s Farm, which also features as a B-side a decidedly more electric cover of “Houses,” originally by Elyse Weinberg in 1968.

The Cut Men 12-inch (Thrill Jockey) from Mi Ami, part of a seven-title 12-inch series on the label, recorded by Phil Manley of Trans Am is also out this week. They’ve got a marvelous percussion section; this is one that ought to be sought after.

The rest of December is quiet, perhaps due to this thing called Christmas, so hang in there and revel in your old stuff until Jan. 12, when Barsuk releases World Record, the debut from Ben Barnett’s new project, Blunt Mechanic. He of former Thermals and Kind of Like Spitting Fame, yes.

One week later, on Jan. 18, Art Brut’s very own Eddie Argos will be releasing a debut from his brand new side project, Everybody was in the French Resistance ... Now. G.I.R.L.F.R.E.N (You Know I’ve Got A) is the first release from Argos’ new effort, a joint project with Dyan Valdes of the Blood Arm, and was apparently recorded in Joshua Tree in 2008. This sucker will be released on Cooking Vinyl, and yes, that is his singing voice.

Speaking of the pond’s other side, no word of a reunion album, but Scots the Yummy Fur, a jangly pop group out of the ’90s that partially split off into Franz Ferdinand and the 1990s, will be making a return as well as an American live debut, including one performance at the Echo Jan. 17.

Bay area noise chaps Clipd Beaks put out their new record, To Realize (Lovepump United), Jan. 26, and judging from the material they’ve recently tested at the Echo, it will be along the mellower lines of 2007’s Hoarse Lords.

Also released Jan. 26 is There is Love in You (Domino), from Four Tet. Sure, it will be beautiful, and wintery, and will sound like the future, because that’s what Kieran Hebden does. He’ll also be at the Echoplex on Feb. 27.

Also released Jan. 26 will be a seven-inch split between Small Black and Washed Out (Lovepump United); one’s a horrifyingly hipster-ish synth pop effort from Brooklyn, the other is a man fresh on the scene who has been recording from a bedroom in Georgia. They’re remixing each other’s stuff!

February is, thankfully, mostly about guitars. Treble-heavy rock ’n’ roll locals the Soft Pack will finally be releasing a debut post-name change (from the Muslims, natch) on Feb. 2. Kemado is putting out the record, which features – yes – every song you’ve heard them play at their recent live shows.

Competing for the role of the lo-fi rock record that ought to be most anticipated prior to Feb. 2 is Descending Shadows (Vice), the new one from Pierced Arrows, featuring Fred and Toody Cole of former Dead Moon fame.

One week later, there is a brand new record from Massive Attack, Heligoland (Virgin), which will hopefully quiet down the noticeably loud disappointment related to their Danny the Dog soundtrack of 2004.

The winter’s rounded out with a good stretch of indie rock released on Feb. 23; lo-fi garage band the Strange Boys, featuring Mika Miko’s Jenna Thornhill on sax, is putting out Be Brave on In the Red, a reliable standby for lo-fi garage bands. Call it what you will, “rhythm and blues,” “a down home rockin’ good time,” what have you – it’s garage. No new ground broken, but it’s good stuff.

Jagjaguwar is releasing Tidings by the Wolf People, sort of a bluesy Dungen and the first British act signed to the New York label.

Portland staple Quasi, one of the best bands to come out of a divorce, has added Joanna Bolme (a fellow Jick, alongside Janet Weiss) in recent years, and is putting out American Gong Feb. 23 via Kill Rock Stars.

And finally, a new release will arrive via Merge from Swedish darlings the Shout Out Louds, whose Work marks the band’s return from the depths of 2007.