Until The Light Takes Us 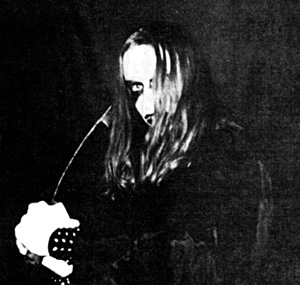 Until The Light Takes Us uncovers the drama of the Norwegian black metal scene.
(Credit: Variance Films)

The late Aaron Spelling would have a tough time scribing a drama better than the black metal scene in Norway. Arson, murder, jealousy and extreme blasphemy are only a few of the topics Until The Light Takes Us touches upon in its 93-minute duration.

The documentary tries to give a clear perspective on the rise of the notorious genre and the events that led to its present near obscurity. Many of the stories recounted take place in the early ’90s and concentrate on Varg Vikernes, his affiliation with church burnings and the murder of his bandmate, Øystein “Euronymous” Aarseth.

The circumstances leading to Aarseth’s murder are presented very well, but it’s a shame that the best part of this documentary happens in the last half hour. A good portion of the documentary is reserved for Satyricon drummer, Kjetil “Frost” Haraldstad’s faux suicide event. He basically burned down posters on a wall, tore a couch apart and stabbed himself in the neck.

Perhaps more gruesome than the stage show was the recount of Per Yngve “Dead” Ohlin’s suicide. Ohlin was the first to popularize the “corpse paint” that many black metal musicians wear today. He lived up to his stage name by committing suicide with a shotgun.

Aarseth arrived at Ohlin’s house moments after the suicide. When Aarseth found Ohlin, he took pictures instead of first calling the police. One of the pictures taken became a Mayhem album cover.

Until The Light Takes Us releases in select theaters Dec. 11.