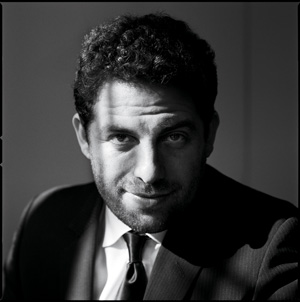 Brett Ratner
(Credit: Brigitte Lacombe)
We live in the City of Angels. Our landscape is a den of sin that mirrors the debauchery, excess and hilarity of shows like “Entourage” without batting an eyelash.

But every once in a while, among the sex, heat, meltdowns and comebacks, emerges a crown jewel that reminds us that true talent is the end game. It’s there if you want it; you just have to know where to get it. The best fix in Hollywood for years now has been Brett Ratner.

It’s hard not to be impressed while taking a tour through Ratner’s career. The director is responsible for unforgettable music videos by artists like Wu-Tang Clan, Mariah Carey and Madonna. As a photographer, his lens has captured the essence of legends including Edward Norton and Hugh Jackman.

Ratner’s film work has resulted in successes such as the Rush Hour franchise and X-Men: The Last Stand (the highest grossing movie of the series). Now, the prolific hyphenate is back with his latest project – a retrospective of sorts – called Shooter Series: Volume 1.

The DVD showcases all of the work the public has come to love over the years, some of the clips you may have forgotten (Anybody remember Heavy D’s “Nuttin’ But Love” video?) and candid insights into the man behind the camera.

“I look at some of the stuff from the early videos, and it seems kind of arty and self-conscious,” admits Ratner. “I realize that my style as a filmmaker hasn’t really changed; I’ve just perfected it.”

Those are honest words from the man who turned down the opportunity to direct classics such as Memoirs of a Geisha and Ocean’s Eleven. No matter how far he’s come, Ratner still approaches each project with the same heart and soul he had as a film student at N.Y.U.