The Age Of Stupid: Global Warming Never Looked So Good 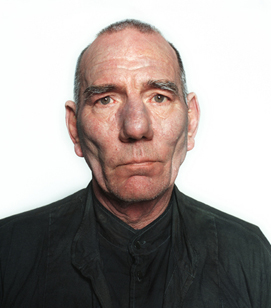 The Age of Stupid is a galvanizing documentary from the makers of McLibel and the Oscar-winning One Day in September. This captivating film stars Pete Postlethwaite as an archivist living in the year 2055, surveying footage from the beginning of the 21st century and wondering why the human race didn’t stop global warming when it had the chance. You see, by 2055 the world is ravaged by the effects of global warming. Our climate is destroyed, the world is in chaos and humanity is all but wiped out.

Unfortunately, this isn’t science fiction. This is as real as it gets.

“It’s really exciting. We started off making an independent, political documentary on climate change and always hoped that people would watch it, see it and be inspired to change in some way,” says producer Lizzie Gillett. “And now we are doing this global premiere in over 50 countries and it’s just more than we could have ever hoped for while making it.”

And what sets The Age of Stupid apart from a documentary like An Inconvenient Truth? “It was going to be about oil, war and climate change. That was the original pitch,” says Gillett. “The idea was to do a documentary with interweaving narratives, a little bit like Steven Soderbergh’s Traffic, not telling people what to think but trying to show them all the complexities of the issue. We wanted to make a film with real people at the center of it. We didn’t want talking heads, so instead of having loads of scientists or experts talking, we wanted it to be a person’s story, a real story.”

The fate of our planet and our way of life as a species should concern the whole world, so distribution of The Age of Stupid is incredibly important to the filmmakers and to the impact that they want their film to have.

“At the moment, we are entirely focused on our global premiere,” says Gillett. “People will be able to see the green carpet arrivals, watch the film, then have an inspiring panel discussion about climate change. Part of the reason we chose this model is because the film can be quite bleak. We have a very short amount of time to turn this ship around, so we wanted to have this live panel afterwards to inspire people, motivate them and help them towards taking some kind of practical action. We’re really focused on this global premiere, getting people into the cinema to have a global wake up on climate change all on the same day.”

The Age of Stupid has its global premiere Sept. 21. The one night event will be broadcast live and in high definition to over 400 movie theaters across the United States. Guest speakers include seventh Secretary-General of the United Nations Kofi Annan, actors Pete Postlethwaite and Gillian Anderson, as well as a live performance by Radiohead frontman Thom Yorke.

The Age of Stupid is a unique documentary that combines the very best of narrative storytelling and cinéma vérité. Its dystopian forecast may be the most convincing of its kind.

Go with an open mind and join the wake up call.