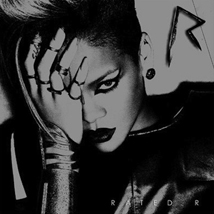 After photos of the battered pop star leaked on the Web, fans united to see whether Rihanna would speak out against her tumultuous relationship or silently suffer. Many were shocked that she remained quiet, but the wait was worth it.

Rihanna saved her energy for the studio where she created her fourth album, Rated R, an unadulterated, provocative and wildly empowering collection of sultry, soul shaking tracks where she reveals frustration and rage, while picking up the pieces of her shattered innocence. She successfully debuts mesmerizing art from pain.

First track, “Madhouse,” foreshadows the violent, disturbing story that Rihanna’s set on sharing. But despite her slick, hard as nails exterior, the most painfully raw and devastating single off Rated R is “Stupid in Love,” which could have easily been a diary entry. On “Russian Roulette” her voice is delicate, yet powerful. “Photographs,” with the barely-there Black Eyed Peas’ will.i.am, is bleak, with only a few strings of a guitar and a regretful Rihanna mournfully singing, almost ready to break down.

Rated R also overflows with gunshots and grenades, questioning audiences if love truly conquers all. “Rockstar 101,” with a cameo by Slash, displays Rihanna back in the game and waving her middle finger in the air. “Cold Case Love,” produced by Justin Timberlake, concludes the masquerade of her romance and despite gloomy violins, powerful piano strikes and goosebump-inducing guitar riffs, she declares: “My heart’s no longer cold and confined, I’ve had enough.”

Like a phoenix, Rihanna rises from the ashes of her past and heads forward for a bright future with endless possibilities. Out with the old, and in with Rated R.