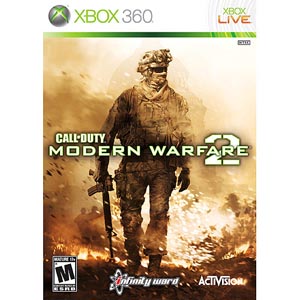 ’Tis the season for “Best Of” lists, and this is no exception. 2009 was a great year for gaming, so trying to list only the new hot titles would leave out far too many hidden gems. Instead, here is a list of great titles to help you find cool gifts for your gamer friends and some great titles for yourself.

Big Names: “Call of Duty: Modern Warfare 2” (multiple) – Recent controversies aside, it is hard to find a gamer who loves military First-Person Shooters that hasn’t been raving over this gritty tale of counterterrorism. If you know someone who likes intense military combat and doesn’t mind the horrors of war, this is a huge title.

“Assassin’s Creed 2” (multiple) – This sequel to the “Prince of Persia” style, free-running “Assassin’s Creed” does an amazing job of reworking the franchise. Moving ahead to Renaissance Italy, this tale of good Assassins and evil Templars removed much of the drudgery and replaced it with intriguing storylines and some truly memorable cinematic moments.

“Dragon Age: Origins” (multiple) – BioWare RPGs have always looked a bit different than the class of “Final Fantasy” RPGs, but this gritty new fantasy title bridges the gap without losing the BioWare touch. This tale of swords and sorcery offers a deep storyline with intense combat that will have RPG fans replaying this title over and over.

“Batman: Arkham Asylum” (multiple) – While this is a far older title than the other names on the list, it could easily be counted among the best of the year. This title truly gets Batman, challenging players to control both the fighter and the detective aspects of the comic crime fighter. This is not for the kids, but it is definitely for the mature Batman readers or just those who love dark action.

Gaming Gems: “Muramasa: The Demon Blade” (Wii) – In a word, this tale of supernatural Eastern swordplay is gorgeous. The beautiful colors of this side-scrolling slasher will blow you away, and the intense combat against ninja, demons and everything in between will keep you glued to the screen.

“Half-Minute Hero” (PSP) – If you own a PSP and love classic RPGs, you owe it to yourself to buy this wacky title. Throughout over half of its game modes, this purposely pixilated multi-mode game challenges you to conquer evil within 30 seconds, and the rest are even wilder. It will keep you hooked long after the game is over.

“Scribblenauts” (DS) – Like so many other titles, “Scribblenauts” would have fallen into total obscurity if not for its cult following. Players can summon almost anything they can type – from trampolines to ninja – to overcome mind-bending puzzles. Do not let the simple look of this game fool you. It is deep and ingenious enough for even the best gamers.

Zombies: “Plants vs. Zombies” (PC) – If the title alone has its teeth in you, the game itself will infect you with pure zombie joy. Plant protective crops to fight off some of the strangest shambling dead (including pole vaulters and zamboni riders) before they cross your lawn and eat your brains. Yes, it is as fun as it sounds.

“House of the Dead: Overkill” (Wii) – This American reinterpretation of the classic Japanese arcade zombie shooter is a revolution in the franchise. By injecting grindhouse gore, vulgarity and sexuality, the series gets a much-needed injection of attitude and character. Be warned, you will be offended by the end of the game, but it is worth it.

“Resident Evil: The Darkside Chronicles” (Wii) – If the last couple of years have been overrun by zombies, then the “Resident Evil” series has been a major source of the outbreak. While the fifth installment of the main franchise was the big news, the overlooked release of the second on-rails shooter for the Wii is an intense zombie title your undead-loving friend will love.