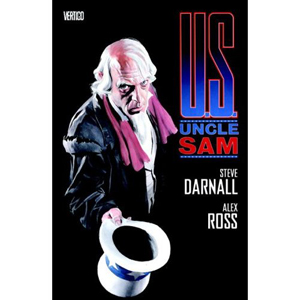 One of the most overtly political graphic novels ever published, Uncle Sam gets a deluxe edition re-issue. The brainchild of writer Steve Darnall and artist/co-writer Alex Ross, the story follows a character that may be the incarnation of America or just a homeless schizophrenic. Eschewing traditional narrative, the book follows Sam around an urban environment as he flashes back to American history, reflecting on the disparity between its ideals and its reality.

It’s like a nightmarish Miracle on 34th Street for a crumbling republic. Ross uses his trademark photo realistic painting to great effect.