Music Artists to Watch in 2010 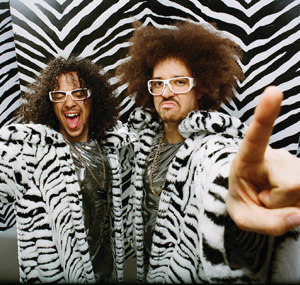 While people are changing, growing up and living life to its full potential, there is one thing that will always get them through the hard times: music. This generation is going through one of the most amazing cultural revolutions; music is everywhere. All different styles are taking over our favorite radio stations and iTunes – there are more choices than ever.

For 2010, some of the most buzzworthy bands and artists continue to create the music that defines us. They are making college students realize that there is more to life than the tears we shed and the classes we have; they transform us into our own personal DJs.

When they are growing up, most girls often imagine finding their prince charming. The fact that every girl has someone magical to sweep her off of her feet makes it all seem worthwhile. But then you go away to college and realize that it takes a lot more to make this dream come true.

Most boys in college seem to be out for one thing, and deep inside, most girls just sit back and wonder how they fell into the trap. It’s more than possible that a college boy could fall in love with a girl, but not be ready to be tied down and not have the chance to see what else is out there.

These sentiments are what this amazing artist captures. I have such a hard time putting into words everything I have gone through, and Allison Iraheta is able to capture everything perfectly, especially in the song “Friday I’ll Be Over You.” She can relate to every misguided college girl who deserves to get her dream. This singer-songwriter will go far in the next year and become the artist who really captures the true essence of what it is like to wonder, why not me? allisoniraheta.com

In my opinion, this band is one of the most legendary rock groups around today. Their music is not something you would dance to in a club, but rather put in your iPod, lay back and feel a real connection with a world aside from your own.

Of course, it's a great distraction from schoolwork, but at the same time, it mellows you out enough to be able to focus and concentrate. Most college students who listen to Breaking Benjamin’s music are well-rounded and feel like they finally have someone to compare their daily struggles to.

Not many people get the opportunity to find a band like this, and that’s why they are a top band to look out for in 2010. They are continuing to have a real effect on students who would not be able to get through their toughest days without them. I know I wouldn’t. shallowbay.com

Over the last year, LMFAO have become hugely successful powered by the song “I’m in LA Trick.” Their music is one of a kind and has sparked fans from all backgrounds. It’s the music that makes everyone want to shake what their mama gave them.

Within the next year, you can expect this band to continue to take the music world by storm and hit up the DJ booths at all your favorite clubs. With their song featured on E!’s “Kourtney & Khloé Take Miami,” their popularity jumps from coast to coast, making everyone feel their rhythm and beat. myspace.com/lmfao

Earlier this month, We the Kings came out with a brand new album that has continued to live up to the reputation they have built up from their previous albums and appearances at the Vans Warped Tour. Their music has been classified as alternative, and they are definitely a band who knows how to be the voice of the young men out there who try to understand what a girl thinks and wants.

They do not expect a lot and are a band filled with simplicity. Yet they really understand how much their music has the power to change lives. Their music has been featured on shows like “The Hills” and other MTV shows with real dedication to the fans. If they don’t make a difference now, they definitely will continue to inspire in the New Year. myspace.com/wethekings

College Band to Look Out For: MOXI (Cal State Northridge)

The whole point of college is to find your place in the world and learn what is out there. There are so many paths to greatness and success, and not everyone has the determination or will to follow them.

MOXI left a record label to create their own sense of being and have been completely successful, especially throughout the college Greek community at Cal State Northridge. This is one band that will go far in their career. Check out their music and expect a lot of new material in the upcoming year! myspace.com/moximusic