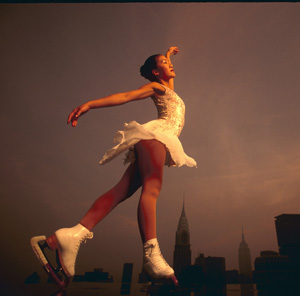 A picture is worth a thousand words. For venerable sports photojournalists Walter Iooss and Neil Leifer, a photo is more than the possibility of a thousand words – it is a frozen frame, the image telling the story of poets in motion in a pinnacle moment of his or her story in the midst of spectacled competition.

Iooss and Leifer have amassed quite the body of work of some of the biggest names in the sports world during their award-winning careers, capturing the intricate body motions of some of the most incredible human beings to grace this place we call planet Earth. One has to wonder if men such as Iooss and Leifer existed during the peak of the Roman Empire, whether they could have visually told the greatest tales of all time about warrior-like gladiators risking their lives to satisfy a bloodthirsty populace flocking to the era’s behemoth fighting arenas in the name of competitive sport.

Alas, these two visual maestros are sharing their masterpieces with us here in the 21st century, providing us with a sliver of a story told over the course of games and sporting seasons, mixing it up with powerful still images of some of the greatest moments in sport.

For those of us enjoying the picturesquely warm weather in Southern California, we do not have to travel far to revel in the art that is the sports photography of Iooss and Leifer. The Annenberg Space for Photography in Century City presents a display of over 80 of Iooss’ and Leifer’s photographs to the public.

What makes this exhibition so uniquely great is that Iooss’ and Leifer’s talented eyes deliver to our pupils something even the most ignorant of sports fans can appreciate – an unadulterated reality of the fleeting moments of any given duration of competitive athleticism, a gripping tale that is simultaneously raw and beautiful. The stories told are not of winning or losing, but of humanity. It is not about being a sports hero, but about the hard work and talent that makes even the casual observer stand in awe of how one human being can create art by challenging the limits of his or her body.

If sports are poetry in motion, Iooss and Leifer relied on their equipment – and their trained eyes – to freeze that motion at the right time, creating an eternally still image that is infinitely more poetic than the athletic act itself. Some of these poetic images are forever ingrained in our heads, as tales told that are greater than the sport or athlete captured on film.

For example, there is Leifer’s ever-so-popular shot of Muhammad Ali towering over a debilitated Sonny Liston in the famous First Round, First Minute bout in 1965. Oh, and Iooss’ frozen frame of Tiger Woods teeing off amidst dissipating morning fog at Orlando’s Windermere Golf Club is quite the memorable portrait. There are still others that are familiar to Sports Illustrated readers, such as a black-and-white, head-shoulder-and-chest shot of Michael Jordan, taken by Iooss the year the pro basketballer won his final professional championship as a player.

Olympic gold medalist Michael Phelps was captured by Iooss at a Baltimore pool in 2004, the poignant swimmer sporting just a pair of Speedos, swim goggles and head gear as he leans forward with his arms clasped together above his head, preparing to dive into the water and conquer the field.

In another “starting pose” photo taken by Iooss in Miami, Serena Williams dons a one-piece, white bathing suit, hands on her hips as she looks off in the distance with an air of self-confidence, her body dominating the center of a blue-themed portrait, complete with a eerily cloudy sky and a chlorine-filled pool barely making itself present and a diving board in the distance.

Also on display are photos of Pittsburgh Steelers quarterback Terry Bradshaw sporting a gleeful smile with a missing front right tooth in 1971, as well as Michelle Kwan posing for Iooss on the rooftop of a Manhattan building.

Collectively, the more than 80 photos on display at the Annenberg Space for Photography are the most awe-inspiring images one can imagine witnessing in one location; the ultimate exhibition of poetry in motion captured on paper like lightning in a bottle. Whether you are an avid sports fan, a lover of all things photography, a connoisseur of art or just a casual observer, there is no story that cannot be appreciated at this ongoing free exhibit, no shortage of ultimate beauty as seen through the eyes of Walter Iooss and Neil Leifer.

Annenberg Space for Photography is located at 2200 Avenue of the Stars, Century City. For more information, visit annenbergspaceforphotography.org.