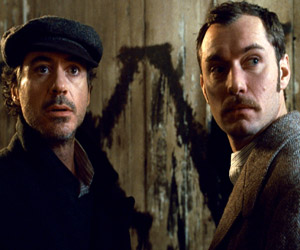 Lord knows I am so ready for winter break to really hit me so that my mind and body realize it’s alright if I’m not reading, writing or thinking anymore. I can sit on the couch and not feel obligated to bust out my laptop and be a productive college student. No more finals, no more class, no more of anything, if I want it that way.

However, a few days of rejuvenation should be enough time before I start yearning for entertainment I can’t get on Hulu. So instead of sitting at home and filling your thoughtless brain with “Glee” reruns, get out to some of these fun, eclectic screenings that are sure to remind you why you love winter break.

The Garden Theater at Yamashiro in Hollywood is screening some holiday classics on a high-definition projector, while cocktails and the full service menu are available. There is a double-double feature on Dec. 23 with kids’ Christmas favorites How the Grinch Stole Christmas (1966), Frosty the Snowman (1969), A Charlie Brown Christmas (1965) and Rudolph the Red-Nosed Reindeer (1964). Date-friendly films When Harry Met Sally (1989) and Love Actually (2003) are scheduled for the double feature on Dec. 30.

We all know that Guy Ritchie’s adaptation of the classic series by Sir Arthur Conan Doyle is going to make bank. But before you judge me for adding the sure-to-be blockbuster hit to my list, the Mann Chinese Theatre in Hollywood is adding another dimension to the action-adventure film that will literally rock you in your seat.

The seats in the theater move simultaneously with the onscreen action. Sensations of motion occur during action scenes, while seats remain still during dialogue-driven sequences.

The last time this Tim Burton classic was on the big screen you may have been in diapers. So here’s your chance to watch it the way it was meant to be seen.

Once you’ve opened presents and had your fill of eggnog, go out to see the midnight showing of the darkly humorous movie to bring a hint of spice to your nice holiday festivities.

If you have young nieces and nephews and don’t think they will respond happily to the sometimes-creepy segments in Beetlejuice, the beloved Muppets are a kid-friendly alternative.

It was made by a couple UCLA college kids in the early ’80s and instantly became a cult classic. The New Beverly Cinema is having a midnight screening of the horror flick. It isn’t available many places, so see the vintage hit that rocked the college scene years ago.

The Egyptian Theatre Historic Tour has docents who guide you through the legendary 1922 Egyptian Theatre. You’ll visit the dressing rooms and singers’ boxes as well as the restored venue. Tours are about an hour and are immediately followed by the Hollywood history film Forever Hollywood.

Throughout this month, American Cinematheque at the Aero Theatre has been screening an assortment of films that even the most diligent of film students may not have seen. The double feature on Dec. 27 is The Women (1939) and The Good Fairy (1935), but the night to go is Jan. 2, 2010, when Frank Capra’s classics It Happened One Night (1934) and Platinum Blonde (1931) are screened as a double feature.

I know, personally, I detest the beginning of January because I don’t understand football, and I refuse to deal with New Year’s sales. So from Jan. 1-3, 2010, the Egyptian Theatre is screening six James Bond classics: Dr. No, You Only Live Twice, Goldfinger, Thunderball, Moonraker and For Your Eyes Only.