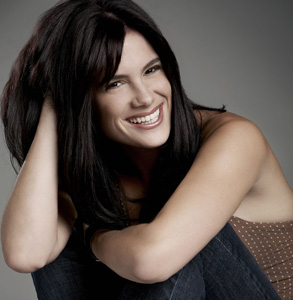 The Dubai economy is melting at an exponential rate. While many expert financial analysts blame the faltering market on very bad debt, a few may just say the melting economy is a natural result of sweltering heat in a more than moderately hot desert.

In all reality rising mercury has nothing to do with economic meltdowns.

It would be even more unfair to blame Hot Chips for any financial losses in Dubai – unless, of course, she was playing some poker during some time off as she was amazingly racing through the desert just outside of the largest United Arab Emirates city.

While Hot Chips did not disclose her possible contribution to the financial losses caused at poker tables in Dubai, one thing she did reveal is her true identity – Tiffany Michelle. Yes, that same Tiffany Michelle who turned heads while making history with the highest finish (by percentage) for a woman at the annual World Series of Poker Main Event.

It has been nearly 18 months since Michelle nearly cleaned house at the 2008 World Series of Poker in Las Vegas, as the newly minted professional poker player finished 17th at the Main Event. As that year’s event featured the largest number of contestants in event history, Michelle’s final standing was the best proportional finish ever for a woman at what is considered poker’s signature event.

Earning $334,534, the amount was the most ever for a female, beating out Annie Duke and Barbara Enright despite their higher final placements. (Duke finished 10th in 2000, earning her $52,160 in winnings, while Enright’s fifth-place finish in 1995 garnered her $140,180. Both finished at a final table amidst a smaller pool of competition.)

With such a spectacular finish, Hot Chips thought nothing could ever top her experience at the World Series of Poker.

Of course, one year later, she finds herself partnered with fellow poker star Maria Ho in the popular reality television show “The Amazing Race.” Suddenly, Michelle no longer felt her poker experiences in 2008 would qualify as the defining pinnacle of her life – and that would be a good thing.

“I thought it couldn’t get better, but 2009 came along,” says Michelle. “A lot of opportunities came up to capitalize on the uniqueness of my story, but [“The Amazing Race”] was an interesting opportunity to challenge myself. Physically, mentally and emotionally, it was the hardest thing I have ever done.”

Naturally, participating in a slew of difficult events and obstacles in the middle of Dubai in July – when the average high temperature is about 105 degrees – is going to be a drain on anyone. Add in a partner, plus dramatic competitors and demanding television crews, and let us just say participating in “The Amazing Race” is not for the faint of heart.

Michelle can attest to the grueling difficulty of participating in the event, admitting things are what they seem on television.

“You can watch on TV and say ‘I can do that,’ but when in a Dubai desert, you can’t even think how [you will] begin [the race],” she says candidly. “It was incredibly eye-opening.”

Just as unbelievable was how much Michelle and her partner were able to rely on her poker skills in her attempts to survive on “The Amazing Race.”

“We approached the race from a gaming point of view,” Michelle says about her and Ho strategizing a plan for victory in the same way they would approach winning a poker hand. “We thought about ways we could win. Mentally, the way we approached things, you have to be cool and have a lot of emotional control.”

In the end, the approach did not work out as well as they hoped – mostly because, as Michelle confesses, a physically demanding race in the middle of a Dubai desert cannot be compared to the friendly confines of a poker table. Yet, Michelle seems content with the sixth place finish she earned with Ho on “The Amazing Race,” believing her experience on the reality television show will allow her to continue in her quest to achieve bigger and better things as an entertainer.

“Every year exceeds my expectations,” she humbly says. “I always have a certain drive. I have always been determined to be the best.”