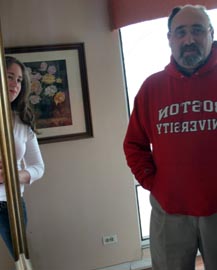 Steve Smith isn’t one of those rabid alumni who decorate the baby’s nursery in school colors. Still, he would have been pleased to see his daughter attend his alma mater, Boston University.

When Nora, a senior at Chicago’s Lincoln Park High School, was rejected last month, despite, he says, meeting the eligibility requirements, Smith was furious. "They’ll never get another dime out of me," insisted the Chicago attorney.

Legacy admissions – giving an edge to children of alumni – have always been a contentious issue. To some, they are a throwback to another era and, like restricted clubs and neighborhoods, deserve to be scrapped. To others, they are a deeply entrenched family tradition and a crucial link between a college’s past and future.

In recent years, the conversation has become even noisier, leading a few institutions to pull the plug on legacies and others to go to great lengths to tell graduates the rules have changed. In April, the University of Notre Dame’s alumni association produced a DVD aimed at conveying to its members that there’s no such thing as a guaranteed legacy admission.

The issue heated up when race-based admission policies came under fire, which also made it difficult for schools to maintain admission preferences based on pedigree.

"There’s no question that the whole debate surrounding affirmative action opened the entire admissions process to public scrutiny – not just about minorities, but athletes, cello players, donors," said Barmak Nassirian of the American Association of College Registrars and Admissions Officers. "And there’s no question that there’s something about legacies that rubs people the wrong way."

Some critics of the policy have also been beneficiaries. President Bush – who followed his father and grandfather to Yale despite a lackluster academic record – favors abolishing the practice, which also aided his daughter Barbara, a June graduate.

Sen. Ted Kennedy, D-Mass. – with familial ties to Harvard – has also proposed legislation against legacies, while John Edwards made it part of his stump speech as the Democratic nominee for vice president. "Why should my children get special treatment when they’ve already been given every advantage?" asked Edwards, a millionaire trial lawyer.

"There’s something special about having a bond that reaches across the generations," said Lee Stetson, admissions director at the University of Pennsylvania, which received 18,820 applications this year for 2,410 slots. Of those, 1,181 were alumni-related and 449 were accepted. Classes typically turn out to be 15 percent legacies – in line with the 10 to 13 percent range for most Ivy League schools.

"It builds morale and helps keep alive a tradition with our alumni, who give not just their money but their time and energy," said Stetson, who believes legacies are here to stay – at least at private colleges.

At public institutions, where the taxpayer picks up a significant part of the cost of education, it could be a different story. The University of Georgia decided to scrap legacy admissions in 2003 after it lost a federal lawsuit challenging its use of affirmative action in undergraduate admissions.

The University of California system in 2000 decided to stop giving legacy candidates the advantage of applying as in-state residents.

Texas A&M University, which last fall abolished tweaking admissions to benefit its own, says that despite fears of a decline in financial support, no impact on giving has been seen.

William Bowen, former Princeton University president, would like to see institutions give more weight to socioeconomic difference than to bloodlines.

In his new book Equity and Excellence in American Higher Education, Bowen makes a case for putting a "thumb on the scale" to help low-income and first-generation collegegoers, which make up just 11 percent and 6 percent of undergraduates, respectively.

"It all depends on whether you see college as an engine of opportunity or a bastion of privilege," Bowen said.

Contrary to popular belief, however, family connections cannot tip the playing field nearly as much as some may think. Not even at Notre Dame, which accepts 23 percent of its legacy applicants, more than any other school in the country, said Dan Saracino, admissions director at the school, which has 11,317 applicants for the 1,975 openings in fall’s freshman class.

With record numbers of applications for a relatively fixed number of slots at top schools, the days are gone when a legacy student who simply met the admission criteria would get in.

The DVD for Notre Dame graduates was created at the suggestion of the national alumni board, said Saracino, whose own son was rejected but later attended as a transfer student. It will be posted on the school’s Web site, and people will be able to see a "streaming" version or request their own copy.

"The academic quality of this student body has changed so steadily just during the last eight years that alumni today need to know that their sons and daughters have to be more than fine individuals and capable of doing well to get admitted," Saracino said. "They need to compete with the overall pool. ... We need to be able to justify one candidate over three or four others."