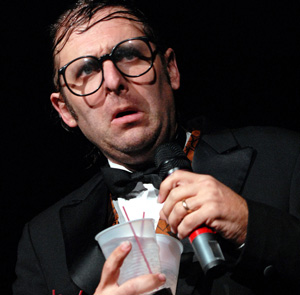 I can’t tell you the first time I saw this film, but I can tell you when I saw it last. I watched it last week after a rough day at school. I was in no mood to do more work or to go out or to see people for that matter. I transformed into the hermit I always threatened to become.

I know I’m not the only one who’s had such inclinations. Everyone has those days, and everyone has that movie.

You know, it’s that movie that you stick in the DVD player when there is nothing on television; or when you desperately need something to take your mind off of whatever situation you are in; or when you’re doing school work and you need something in the background to cancel out the rest of the room; or when you just want the familiar, a movie that holds no surprises and yet makes you cry or laugh or melt a little on the inside the 100th time you watch it.

For me, the long distance love affair between Hanks and Ryan does me in every single time. It is the film that played a major role in convincing me to go to film school. And now it’s the film that gets me through the difficult curriculum at said school.

Neil Hamburger is a bigwig comedian and self-proclaimed “Hardest Working Man in Show Business.” He’s been on the circuit for 37 years, and now he’s paying tribute to the man who acted as his idol and mentor.

As a film major, I identify most with movies. But for this comedian, it’s a fellow performer who, as Hamburger says, “has an intense stage presence unlike any [he] has ever encountered.”

Now in a weekly performance known as Los Angeles’ best comedy night, Comedy Death-Ray is giving Hamburger the opportunity to convince us why we should idolize him as well.

Put on by the Cinefamily and hosted by Scott Aukerman, the series welcomes comedians and allows them to showcase the films they made, got their start in or just make them happy.

Hamburger has collected an ensemble of rare variety specials and film appearances of the guy who inspired this comedian most, Frank Sinatra, Jr. That’s right, the son of old Blues Eyes himself.

He is the offspring of one of the world’s greatest crooners of all time (talk about living under a giant shadow), and like his father, Frank Jr. sings about what is on his mind, like regret, disappointment and longing. He has not had anywhere near the same career as his father, but it’s his perseverance and success despite malevolent criticism that has kept Hamburger a fervent follower.

This is not strictly a screening, nor is it just a comedy act. It’s a little bit of both, which is what drew me to it in the first place. The night includes clips of Sinatra and personal stories straight from Hamburger.

What I think is most important about this event is that real working people in the entertainment industry are encouraged to share a little of themselves in the most honorable way: by allowing them to deflect the spotlight from their own careers and on to those of the hard workers who, if they did anything else, passed on a love and passion for the art of entertaining.

I don’t know if Sinatra will make a surprise guest appearance or if the night will be strictly devoted to Hamburger’s witty set list of Rat Pack jokes.

Ultimately, it doesn’t matter. If not to soak in a story or enjoy the screen presence of the hunky celeb, what other reason is there for people to watch films? (Sarcasm may not translate as well in print, so I’d like to issue a statement saying, for the record, I think there are plenty of reasons to watch films.)

In this particular case, the entertainment factor is both the entertainer and the way in which the viewer is entertained. So maybe for this one night I won’t stay home to watch my inspirational choice of film; I’ll go out and be exposed to someone else’s instead. 8 p.m. $14.