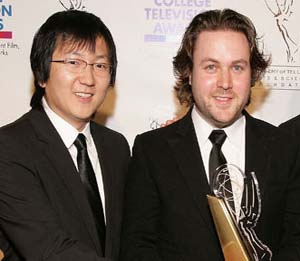 You told your parents you’d be the next Tarantino and convinced them that the $20,000 budget for your thesis would be but a minor investment in your budding career in Los Angeles. And then you actually graduate.

Amidst the chaos of the economic crisis and the already overpopulated nature of the entertainment industry, now is perhaps the worst time to be graduating from film school.

Play your cards right, however, and opportunities exist to provide you with some coin in your pocket enabling you to pen and film that indie coming-of-age dramedy you so horribly want to execute.

The Academy of Television Arts & Sciences Foundation wants to help you out. Until 6 p.m. on Jan. 13, students can submit their pieces to the Academy in hopes of winning some cash. The big Kahuna is the new $10,000 Loreen Arbus Focus on Disability Scholarship, which will be rewarded to student filmmakers who either shed light on people with disabilities or recognize new talented filmmakers and actors with disabilities.

The rest of the awards are similar to last year and continue to recognize talented student filmmakers and television producers in a variety of categories including Animation, Children’s, Comedy, Commercials, Documentary, Drama, Interactive Media, Magazine, Music Competition and Music Best Use, Newscasts and Series.

Awards partner mtvU will feature and highlight each winner and continue to provide awareness through its vast marketing network.

The Awards Gala will be held on April 10 at the Renaissance Hotel in Hollywood, where the victors will have their projects screened and a chance to practice their Oscar acceptance speeches on a smaller scale.

Considering that this year’s mega-blockbuster Paranormal Activity grossed well over $100 million and had a budget of only $15,000, it would be absolutely foolish for film students not to at least try to win one of these prestigious awards.

For more information, visit emmysfoundation.org.
Article posted on 1/11/2010
This article has been viewed 4899 times.