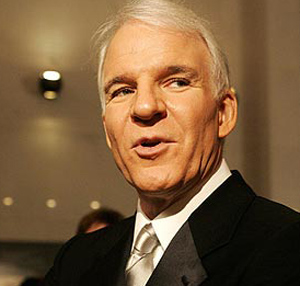 Director Justin Gordon has brought forth an authentic feel of an early 20th century France in his adaptation of Steve Martin’s “Picasso at the Lapin Agile.” The play is witty, well paced, thought provoking and clever.

The production takes place during 1904, in France, which was the epicenter of culture and creative thought at the turn of the 20th century. The country was bursting with energy and a passion for change.

The play takes place at a small bar in Montmartre, where all varieties of creative minds come to gather and bounce thoughts and ideas off one another. We meet a young Albert Einstein, right before he publishes his tour de force, Special Theory of Relativity, and a young Pablo Picasso, who is just a few years away from painting Les Demoiselles d’Avignon. They both argue that their particular art is more significant and has a greater impact than the other one’s. The main characters debate this along with the other patrons in the bar.

The play brings out numerous laughs and characters that are brilliant surprises. We can see the appeal of Picasso as he woos women with his work, yet is tortured by his artistic sensibilities. The brilliantly cast Einstein makes a case that he too has ideas that are going to change the world. They make contemporary references and are able to laugh at themselves. There are moments when the cast literally connects with the audience by interacting with them, and the audience wall between patron and participant is broken!

Steve Martin manages to not be melancholic about the passing of the previous century, by looking at the approaching one with an optimistic enthusiasm from two of the new century’s most influential individuals.

Keep a look out for Schmendiman! Once you see the play, you will always remember him.

With a strong cast and humor in all the right spots, this play is a real success.