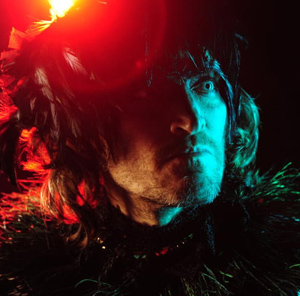 Vincent Gallo in Night of Pan

If you haven’t given a thought as to what this column is all about, allow me to enlighten you. “Projections” refers to the fundamental and basic aspects of what films are. Essentially, they are images projected onto a screen, which coincide with the registration of those images in our brains. Our brains interpret what we see along with sound to create the experience we have come to know as watching a movie.

It is the filmmaker’s job to guide the images so that what we see from scene to scene and frame to frame makes sense. We are presented with a story. It can be three minutes or three hours in duration, and the visual criteria for an epic love story is the same as that for a screwball comedy.

From week to week, it is my job (and, as it turns out, personal passion) to find the screenings and festivals that are normally overlooked. The big blockbuster movies starring Meryl Streep that you can catch at your local Edwards Theatre aren’t the only films being made each year.

There are low-budget, indie and foreign films that are released every week at a theater or screening room near you. It’s just a matter of knowing where to look.

Ironically, the festival featured in this week’s installment of “Projections” is also entitled Projections. Curated by Aaron Rose, a filmmaker and artist, Projections takes place at the Roberts & Tilton Gallery in Culver City from Jan. 16 through Feb. 20.

Why should you make your way to this festival when there are numerous Golden Globe-nominated films you need to see before the award show? Because Jan. 16 is the North American premiere of Brian Butler’s short film, Night of Pan (7:30 p.m.).

Projections is a festival of rare and hard to see films. And that’s exactly what Butler’s is. Night of Pan has been screened in Beijing, Lisbon, Cannes, Athens, Rome, Berlin and elsewhere. However, it has yet to be shown in Hollywood - the city where movies are born.

Night of Pan is a seven and a half minute film featuring film auteur Kenneth Anger and actor Vincent Gallo. The film depicts an “occult ritual that symbolizes the stage of ego death in the process of spiritual attainment.” In lament’s terms, the film revolves around the dark and mystical theme that so many artists utilize in their work: death.

It may seem a tad theatrical, but that is how Rose, who organized the festival, wants these films to be seen. It is “his hope that by removing all these films from their usual theatrical setting, and instead presenting them in an art gallery context, that people will perhaps look at them a little differently. Not just as entertainment, but as the works of true artists, who contribute greatly to the visual culture of our times.”

It isn’t just young and relatively inexperienced filmmakers who are being featured. Spike Jonze who released his last feature, Where the Wild Things Are, in October has a short film that will be screened several times throughout the month. Entitled We Were Once a Fairytale (2009), the short lasts a little over 14 minutes and inevitably revolves around the demise of a relationship.

Many of the films are brand new. However, in keeping with the tradition of the festival to show rare footage, some classics from decades past will make an appearance at Projections. Slow Motion, a 1980 feature film by Jean-Luc Godard, which lasts 85 minutes, was his first film with frequent collaborator Anne-Marie Mieville, who edited and co-wrote it.

Even curator and organizer Rose has something he will present to the adoring audience. Become a Microscope: 90 Statements on Sister Corita is a 22-minute documentary shot on location at the campus of Immaculate Heart in Los Angeles. The film chronicles Sister Corita, a teacher and political activist whom Rose considers one of the most innovative pop artists of the 1960’s.

The artsy films that only critics seem to like and that you thought would never keep your interest may be exactly what you need this movie season. I mean really, how much more Meryl Streep are you going to be able to stomach?