Sequels Begging to be Made 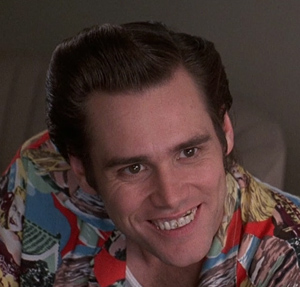 Hollywood is sequel crazy. And that’s fine, I happen to love sequels if they’re done right.

Generally, if a movie does well or above well, a sequel is a sure thing. But sometimes a movie does do well, and curiously no sequel is fast tracked.

I think a sequel is most appropriate if the original lends itself to a serialized medium of storytelling. Some stories are meant to wrap up after one film, but some stories leave the door open for continuing adventures for the characters.

The question is: Can the further adventures of this character or characters be just as, if not more, interesting than what we just saw? When a story creates a world that’s a blast to be in, I believe so.

A while ago I wrote an article musing about some extremely unlikely sequels that would be awesome, below I’ve picked out a few films that make all the sense in the world to sequelize. Hollywood needs to get off its ass and make these ASAP.

You’re lying to yourself if you think you don’t want this. Ace Ventura is Jim Carrey’s most memorable character thus far. He owns it, and nobody can take it from him. It’s a character that nobody in his/her right mind would ever imagine trying to take over.

Ace Ventura: Pet Detective was one of the best slapstick comedies of the ’90s, and Ace Ventura: When Nature Calls was definitely an awesome, worthy sequel. But if Sylvester Stallone gets to revisit Rocky and Rambo, Jim Carrey should revisit Ace.

I guarantee that if Carrey revisited this character and the movie was good, it would be a huge hit. The danger, as with everything, is that if it were a hit, the studio might try to ride it until the wheels fell off, and if Carrey decided to cap it at three films (Three is plenty.) they might go and try to do it without him like what they tried to do with The Mask and Dumb and Dumber.

While Jim Carrey is revisiting Ace Ventura, let’s have Michael Keaton come back and revisit Beetle Juice. You’re full of shit if you don’t want this movie. Aside from his turn as Batman, Beetle Juice is definitely Keaton’s most memorable performance.

In addition to Keaton being fantastic in the title role, director Tim Burton created a fantastic world that I’m certain everyone would want to revisit. You could slice away all the supporting characters and have a brand new adventure with just Beetle Juice.

When sequels are made to films that came out before the CGI revolution, the new special effects often take away from the magic of the original, but I actually think that modern special effects would be good for a character like Beetle Juice. Especially in the hands of a filmmaker like Tim Burton, who would have to come back and direct the sequel or else the picture shouldn’t ever be made.

One of Pixar’s best films and arguably one of the best animated films of all time, director Brad Bird’s satirical superhero action-adventure is a film that definitely should get a sequel. I have all the respect in the world for Pixar. They are master storytellers and have figured out a process of making movies that works for them and everyone else. I have even more respect for them that they focus primarily on original material and don’t get sidetracked too often with sequels.

That being said, The Incredibles was meant to be serialized. While the first film explored a world where superheroes had to go into hiding, the conclusion left the door wide open. At the climax of the story, superheroes are back with a vengeance and here to stay. Seeing the family free and able to operate openly as an official crime fighting unit would be different than the first film and just plain awesome.

Although Bird went on to make the awesome Ratatouille after The Incredibles, I think we all want to see him come back to this one.

One of my favorite comic books, films and film adaptations of a comic book, Sin City is a beautifully crafted film. With its great use of green screen and fragmented story structure, this film helped prove that staying very close to the source material isn’t always a bad thing.

When adapting a book or comic, writers are generally ordered to do a trim/hack/slash/rework job of the material to get it to fit into the formulaic mold of a Hollywood film. Instead of doing that, directors Robert Rodriguez and Frank Miller turned the comic into a moving picture.

I was into the comics of Sin City years before the movie was made, so I know how much more material there is set in that world that would also effectively translate to film. Rob, Frank … it’s about that time.