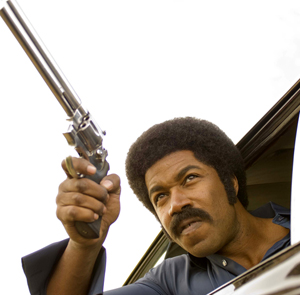 You know the feeling. You’ve nabbed a seat halfway back in the direct middle. There is no one to your right and not a soul to your left. Most important, there is no one sitting in front of you. That’s the worst, when someone sits directly in front of you in an empty movie theater.

You’re lounging, munching on your popcorn and casually sipping on your Coke. Your eyes keep playing tricks on you because you think the lights are dimming. But they’re not. So you keep chatting with your friend or date or mom, most likely.

Then the lights really do dim and the most glorious image welcomes you to your movie-going experience. One word: previews. I can honestly say that the only thing I like more than a good preview is the movie itself. And even that doesn’t always hold true.

But the butterflies kick in when the green screen preceding a preview floods your eyes. When production companies advertise themselves before introducing the piece of work that has taken years to create and when the lights go out completely, your seat belt has been buckled for the exhilarating ride you paid $12 to take.

That is why I see movies. Those butterflies stay in place, fluttering frantically for the full two hours I spend in the theater as well as for however long after I can sucker someone into discussing the film with me.

But that is not the experience you can be so blessed as to have with every movie you see. Sometimes, you stumble upon a hidden gem at Blockbuster that you are forced to watch on your computer because every other television in the house is occupied.

Another possibility is that you missed your chance to catch it in the cinema, either because you were not born yet, which is not your fault, or because you were stubborn and would not listen to your friends when they ranted and raved about it. (Do not miss Avatar while it is still in theaters and still in 3D!)

The worst is when you watch an intense, tearjerker on one of those tiny boxes that airplanes have, seated between the man on the aisle who snores while he sleeps and the woman at the window who has to use the restroom every five minutes.

The movies that you see in such ways are set leagues behind the ones that you did view in a dark room on a gigantic screen.

Luckily for you, Landmark’s Nuart Theatre is giving you the chance to make up for your past errs in judgment. This spring, the L.A. venue is screening a series of films including cult classics, festival favorites and alternative cinema. And the best part? The screenings take place every Friday at midnight!

Films include ’80s cult classics, The Goonies (Jan. 29), Labyrinth (March 19) and The Princess Bride (April 2). A personal favorite of mine that will be screened Feb. 12 is Harold and Maude, which was first theatrically released in 1971, 17 years before I was born.

And what I wouldn’t give to go on a date where we could quote along as the romantic Westley (Carey Elwes) and Buttercup (Robin Wright Penn) rescue their undying love. Inconceivable, right?

This week the featured film for the midnight showing is one that was released just this past year and that saw critical acclaim and minor fame at the Sundance Film Festival before releasing nationwide.

Black Dynamite is an homage to the blaxploitation films of the ’70s (think Shaft) that chronicles the journey of one man fighting … well, it doesn’t matter who he’s fighting really. Staying true to the genre, the film involves sex, drugs and big afros, and people have names like Black Dynamite, Tasty Freeze and Cream Corn.

Sure you could rent these films for a lot cheaper. Some of them you probably own. But you’ll never have the chance to see them like this. After all, half of the fun is in the way you watch them.