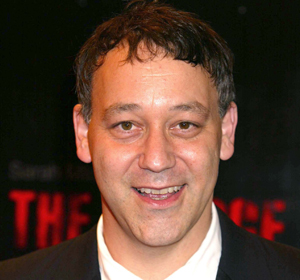 I don’t really talk about press releases or what happens in the trades anymore, but something happened in the last couple of days that’s worth talking about. The entire filmmaking creative team behind the successful and critically acclaimed Spider-Man franchise, including director Sam Raimi and star Tobey Maguire, have parted ways with Sony and permanently left the series.

This announcement came on the heels of production being stalled on Spider-Man 4, which was very far along in the pre-production phase. The cast regulars like Maguire and Kirsten Dunst were to reprise their roles, Raimi was going to direct again and John Malkovich had already been cast as the Vulture, a villain that Raimi wanted to use in Spider-Man 3 but was cut by the studio.

Now, obviously we’ll never know all the details and reasons for what happened, but one can speculate. Anyone who has followed the production stories of the Spider-Man films knew that this wasn’t an entirely unlikely possibility.

As far as I’m concerned, Spider-Man and Spider-Man 2 are two of the best comic book films of all time. Although a film is a collaborative effort, the director is the captain of the ship, and I think the credit for the films being so good and so successful goes to director Sam Raimi.

Bryan Singer’s first X-Men film cracked the door for the new era of superhero movies, but it was Raimi’s Spider-Man that kicked it open. Then he made Spider-Man 2, which kicked ass even harder than the first one. Making a sequel that is better than the original is no easy feat, but Raimi, God bless him, pulled it off.

When Spider-Man 3 came up, Raimi wanted the villains to be Sandman and Vulture, but the studio had other plans. They wanted him to incorporate the character Venom into the story. This was pretty controversial because Raimi didn’t really know that character very well and wasn’t a fan of him, but the studio insisted he use him because he was a fan favorite.

As a huge Venom fan myself, I wanted nothing more than to see Venom on screen, and although I got my wish, it came at the expense of the quality of the overall film. Raimi is at the top of his game in Spider-Man 3, and for someone who didn’t feel passionate about the character of Venom, I felt that he nailed him perfectly. Even though part three was a success, it wasn’t as critically welcomed as the first two were.

When Spider-Man 4 was coming together, similar stories began to emerge about conflict between Raimi and the studio again over the choice of villains, the script and the release date. The impression I got from what leaked out about what was going on behind the curtain was that Raimi wanted more time to work on things and the studio wanted to get moving in order to meet a strict release date.

Even though Malkovich had been cast as the Vulture already, I also got the feeling that there might have been more drama over which villains were going to be used. Ultimately, Raimi and everyone else left the project, which means new director, new star, new vision and a completely new Spider-Man.

What does this all mean for the future of the Spider-Man franchise? Sony has said that they’re completely rebooting the series and are sending Peter Parker back to high school.

Superhero franchises are still relatively new, and the only big one to be rebooted so far is Batman. The different ce between the two is that Batman was rebooted at an extreme low point after a flop, while Spider-Man is being rebooted at a high point after the most successful entry in the series.

Warner Bros. realized that they had steered Batman in a bad direction and brought in a really promising up-and-coming filmmaker and gave him literally complete creative control. They took a chance, and we all know what happened there (cough! cough! ahem! The Dark Knight! ahem!).

But Sony doesn’t really have any reason to believe that they’ve done anything wrong, and it’s possible that they could be preparing to plug in a working director and just have him shoot their movie for them and adhere to their vision. Ultimately, nothing is certain yet, and only time will tell. Right now I feel a tremendous amount of appreciation for Sam Raimi for giving us his amazing vision of Spider-Man, and whatever happens now, he will always be the man who set it off.