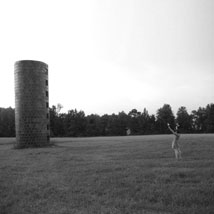 It’s pretty, pop and sort of catchy. There doesn’t seem to be a rhythm that I can completely catch on to or a type of feeling I can associate the album with. All I’m sure is that the album has a quality of being played as background to two teens on screen exchanging meaningful conversation, which is interesting, but nothing overtly memorable. Musically, the album has all the makings of an indie band on the verge. On the verge of what type of sound they’re going for is the question. Certain songs bleed into the next as if different lyrics for the same beat were employed. Yet, it’s when the band strays from the album’s repetition that they shine. The title track “Staggering” is soothing and lovely but ends way too soon, and the song “Edison” has an energy I need to hear live to fully appreciate.


Staggering is currently available.
Article posted on 1/25/2010
This article has been viewed 1628 times.