When in Rome: Money buys Kristen Bell a little too much love. 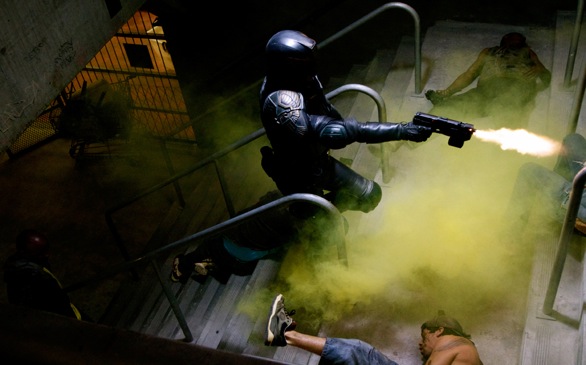 Josh Duhamel and Kristen Bell flirt with abandon in When in Rome.
(Credit: Philippe Antonello)

Being single in the big city can be a depressing mess. One minute, you’re in the relationship of your dreams, imagining a future filled with children, a mortgage and matching BMWs. The next minute, your ex is bragging about proposing to his new lady love at your work function leaving you wondering, “Why me?”

In When in Rome, Kristen Bell (Forgetting Sarah Marshall) plays Beth, a 20-something plagued with this very problem. As one of the youngest curators at New York City’s Guggenheim Museum, Beth has put her career above all else – including boyfriends.

When her ex crashes the event she has organized, he informs her that he’s finally learned to love that workaholic quality in her ... which is why he’s marrying his new girlfriend who possesses the same trait. This, coupled with the news that her younger sister, Joan (Alexis Dziena) is marrying a hot Italian she just met on a transcontinental flight, sends Beth on a nerve-racking downward spiral.

Despite some major on-the-job stress delivered by her snooty boss (Anjelica Huston), Beth heads over to Italy for the wedding. During the nuptials, she encounters one of the groomsmen – a handsome American named Nick (Josh Duhamel).

Even with a few quirks following the ceremony, Beth and Nick discover that they have an amazing amount of chemistry with one another. So much, that Beth opts to make her move.

Things don’t work out quite the way she hoped they would. In a funk, she leaves the wedding and makes a beeline for a famous fountain located just outside the church. Beth steps in and breaks a cardinal rule of the monument by stealing four of the coins thrown in by visitors to the city.

As luck and lore would have it, each coin is representative of a lonely heart somewhere in the city. By pocketing them, Beth finds that she has stolen the love and admiration of each man the coin once belonged to.

Now, in theory, this might be a sexy scenario for any young single out there. But when the guys are Danny DeVito (“It’s Always Sunny in Philadelphia”) Dax Shepard (Baby Mama), Will Arnett (“Arrested Development”) and Jon Heder (Napoleon Dynamite), it’s safe to say that Beth will have her hands full.

When in Rome is directed by Mark Steven Johnson, who is best known as the guy behind the comic book big screen adaptations Daredevil and Ghost Rider. Unlike those films, he uses his knowledge of storytelling to bring an old school romantic comedy to life, while branding the project with his exceptional knowledge of Hollywood’s hottest talents.

One star he really relished working with was his leading lady.

“Kristen is incredible, an amazing actor,” says Johnson. “I have never worked with anyone like her. I really felt like you could build a whole movie around this girl, and it was really exciting.”

For Bell, she was drawn to the character she portrays.

“Beth is a ‘gallerina,’ which is a term I’ve learned for young women who run any sort of gallery,” she says. “It’s sort of a high-pressure job, which is why she’s always so frazzled.”

As for the craziness that ensues with each of Beth’s suitors, audiences are in for a real treat. Shepard, who plays a conceited male model named Gale (and is reportedly Bell’s real-life beau) admits that he and his cast mates fought tooth and nail to extract as much humor as possible from each of their scenes.

“Arnett and I had a blast,” admits Shepard. “We only had a couple of scenes together, but we did everything in our power to steal those scenes from one another.”

But the real payoff is Bell and Duhamel, who bring the best of classic Hollywood charm to life with a modern-day edge.

When in Rome releases in theaters Jan. 29.