Are You Experienced?: Reaching the Next Level 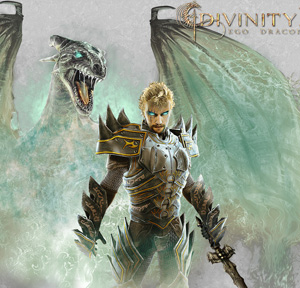 For non-gamers, the term “experience” can mean many things. Experience can be the lesson learned from a failure or success, the result of months of studying or the pool of truths learned over the course of a lifetime. A vacation can be an experience or hundreds of individual experiences.

To a gamer, experience has a single, direct meaning that comes from the earliest of role-playing games. Experience is a pool of points gathered by killing enemies, solving puzzles and completing quests. When the player has enough experience points, the game either automatically increases their level, giving them greater strength and abilities, or allows the player to choose how to enhance their character.

Since experience comes from a time where games had to be simple due to the limitations of the hardware, gamers simply had to accept the system. Experience would be gained from multiple actions and would go towards multiple rewards. Even if it made no sense that killing enemies would give you the ability to pickpocket, it gave the game a sense of development and progress. In time, it became so effective that it carried into games of all genres that weren’t restricted by limitations.

One such game, “Divinity II: Ego Draconis” for the Xbox 360 and PC, is a gorgeous example of a modern action-RPG. In this title, you are ushered into the ranks of the Dragon Slayers, but soon find yourself on the side of the hunted as a Dragon Knight. The story may be simple and recognizable, but it gives an excuse to enjoy fast-paced combat with simple, mapable controls in a rich fantasy landscape where you can fight as both man and dragon against the forces of evil.

“Divinity II” is an interesting mix of BioWare-style storytelling and intense, action-RPG combat, but it suffers from limitations of its own. By putting so much polish on the graphics, the game suffers from some slowdown and memory issues. The game also seems to have balancing issues, making it extremely difficult to defeat enemies who are just a level stronger than you. These issues aside, though, the game is a fun fantasy experience with simple controls and intense action.

“Divinity II” is also a perfect example of the absurdity of using a simple experience point system in modern games. All of the character enhancements – from intelligence and strength to mindreading and ability to summon the undead – can be enhanced by gaining a level from experience points, but it doesn’t matter how the points are obtained. In theory, a player could go around kicking rabbits to death (for one experience point each) and eventually know how to pick locks. It advances the character’s abilities, but it makes no logical sense.

While far too many games do this, there are games that offer experience-based character development that actually reward players for honing particular skills. By tracking the weapons and tactics that a player prefers, their skills and equipment will become more powerful. This means that using a sword in combat can only help you fight better with a sword and nothing else.

“Darksiders” for the PS3 and Xbox 360 is a perfect example of this approach to experience acquisition. While fighting as War of the Four Horsemen, you have a variety of weapons at your disposal. If you choose to kill more demons with a scythe than with your sword, you will see your scythe experience grow.

Once the meter fills, your scythe becomes more powerful. This may discourage trying to use all of your weapons, but it allows players to tailor their experience to their personal play style. In the end, that is the real purpose of experience.

The game, like “Divinity II,” has a fairly ordinary plot but is a genuinely fun ride. After an apocalyptic opening sequence, War finds that he has been betrayed by demons that use his unexpected appearance to wipe out humanity and disrupt the balance of power between Heaven and Hell. The horseman’s inevitable bid for retribution comes in the form of a hack-and-slash action romp through demon-infested ruins of human civilization.

In a year that seems determined to be defined by “God of War”-inspired titles, it would be easy to write “Darksiders” off as just another knock-off. Fortunately, the game’s unique cast of characters, glorious level design and wealth of areas to explore make this a fun and memorable romp of destruction.