The 52nd Annual Grammy Awards: And the Winners Will Be… 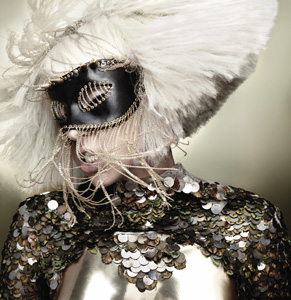 Record of the Year

Out of all the nominees, it seems quite clear to me that Lady Gaga has a huge chance of winning this category. She is one of the most unique musicians out there and continues to wow everyone with her diverse and plentiful ideas; all of her songs have become chart toppers. She has come a long way this past year, and “Poker face” is still dominating radio.

Album of the Year

Miss Beyoncé is someone you do not want to mess with. Her music has become a movement, and she has gained an audience who will always choose her music over anyone else’s. As an inspirational and powerful woman of our generation, it would be ridiculous not to realize that every song and every lyric is for the people who have supported her since Destiny’s Child.

Song of the Year

This song might not have won at the MTV Video Music Awards last year, but it is the one song that unites women all over the place who are single and tries to help them embrace it. From Joe Jonas to Justin Timberlake, the song has become a phenomenon with its famous black leotard dance.

R&B artist Keri Hilson is one of the best new artists because she brings new flavor and a voice in music that is very rare nowadays. Like any other artist in this category, everyone has their differences, but for Hilson, her differences are what make her an even more amazing artist.

All I Ever Wanted (Kelly Clarkson); Breakthrough (Colbie Caillat); The E.N.D. (Black Eyed Peas); The Fray (The Fray); Funhouse (Pink)

The Black Eyed Peas have been around for years. In 2009, they came back with a huge change in their music and their image. Each of their songs has become a chart topper and is on the radio as much as possible. They are clearly a fan favorite.

“Boom Boom Pow” is one of the most recognizable songs out there. It has a lot of rhymes and beats to keep you on your feet at any party as well as keep you up while driving home from school or work.

This was a big year for LMFAO. Their music was used as theme songs for shows on the E! Networks, and they proved to be a band that gets everyone moving.

I saw the Kings of Leon at the 2009 MTV Movie Awards and fell completely in love with their music. Everywhere I went after that, their album was playing, and I have come to respect their music even more.

No one thought it could be possible for Green Day to make an even bigger comeback after their American Idiot album reached the greatest heights in the industry. They proved that the 21st Century was the start of something new and the restoration of our faith in rock music.

I fell in love with Death Cab for Cutie when I was addicted to “The O.C.," where they had performed. They were the first band I was exposed to that was alternative and introduced me to a lot more music out there in the world. This album is legendary because it challenges a lot of the band’s past hits and exceeded my expectations.

Jay-Z, Rihanna and Kanye West are one of the most powerful trios who have come together, especially in the rap industry. Each artist has done so well on his/her own and were able to make this song an even bigger hit. Each has a unique style and voice, so bringing them together is like a system of checks and balances – if one thing is missing, the other filled in to make it better.

Aside from the death of his 8 Mile costar, Brittany Murphy, a lot has happened this past year for Eminem, like the Bruno incident at the MTV Movie Awards. Last year, he also released this album with songs like “We Made You” – a parody of celebrities and their behaviors. He is a genius at what he does and takes it beyond what meets the eye.