Diamond Bar or Beaumont?: The Ban on Dancing 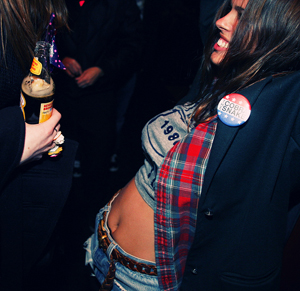 Banning fun could be bad for buisness.
(Credit: clubsoda.fm)

After a long week (or day) at work, what do you do to wind down? If you’re anything like me, there’s nothing better than going out for a drink at the local dive bar with my friends, catching whatever (invariably terrible) band is playing live onstage that night and shaking my frustrations away on the dance floor.

While there are more bars and restaurants than I can count that offer live entertainment and dancing in Los Angeles and Hollywood, if you’re looking for a noisy night on the town in Diamond Bar, you might find yourself thinking you took a wrong turn and managed to find yourself in the town of Beaumont, lamenting over the lack of dancing on a bale of hay with Kevin Bacon. You may have heard that the city was considering it, but now it’s official.

In light of the impending expiration of a two-year moratorium on bar and nightclub permits, the Diamond Bar City Council unanimously passed a city-wide regulation on Jan. 19 that bans all live entertainment and dancing in new bars, cocktail lounges, motels and restaurants and limits the number of parties held at community centers, cultural centers, clubs, lodges and hotels to once every 90 days. Schools, churches and certain city-sponsored events are exempted from the measure.

While it might sound like Diamond Bar is trying to put an outright ban on fun, residents shouldn’t panic just yet, because the operative word in the ordinance is “new.” So if you want to cut loose and/or kick off your Sunday shoes and you’ve already got a favorite club in the area, you’ll still be able to get your groove on, since establishments that already have live entertainment permits will be allowed to renew them and continue to play host to bands, DJs and karaoke nights.

But all of the Beatles cover bands out there shouldn’t even bother asking the new bar down the street if they’re building a stage, because if you’re a restaurateur looking to open a new eatery, you will be completely out of luck, as new establishments will not be at all eligible for these permits under the new ban.

This new ruling stems from public complaints about a restaurant that has since gone out of business. Once just off the 60 freeway, residents informed police that Scribbles Bar & Grille was being run more like a nightclub than a bar, with accusations of underage drinking and increases in theft, vandalism and assaults among other general rowdiness from the establishment’s patrons.

While local police have continued to see an increase in complaints about the ways in which people taking too much advantage of Diamond Bar’s existing nightlife has negatively impacted the city as a whole, according to a poll conducted by NBC LA, a large majority of the people polled are “furious” with the new ordinance, while less than 10% are “thrilled.” Some locals wonder whether or not it’s fair for new establishments to be penalized for problems experienced with one specific restaurant in 2006 and worry that the ban will hurt the economy of the area. While it is a valid concern that business owners may pass over Diamond Bar when choosing a new location for their restaurant or bar, it is yet to be seen how the city’s existing businesses will fare.

These measures may seem extreme, but there is light on the horizon. City Councilwoman Ling-Ling Chang has been cited in the San Gabriel Valley Tribune calling the measure “too restrictive” and suggested that the Council review and revise the ban in the near future. Chang did vote in favor of the ban, however, citing the fact that once the original moratorium ended, the city would revert back to codes that were in place prior to its enforcement, effectively leaving the city without entertainment regulations.

According to reports, there was only one business owner at the Jan. 19 meeting who voiced an opinion against the ban, but the ban is scheduled for reevaluation with the Diamond Bar City Council on Feb. 2.