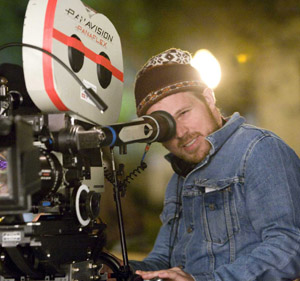 At the risk of coming off like a reporter, I’ve chosen to use my column to follow the big Spider-Man saga that has taken place over the last few days. Partly because I’m a big fan of the character of Spider-Man and of the films, but also because this is one of the biggest film franchises that Hollywood has going right now, and a lot of fascinating things are happening right now with it. No matter what side of the fence you fall on with the direction the next film is going to go in, it’s going to be real interesting to see how it all turns out.

The first big thing to happen was the halting of the production of Spider-Man 4. Sam Raimi, who directed the first three films, was set to come back as were the rest of the creative team and all the actors (Tobey Maguire, Kirsten Dunst, etc.). When the movie got halted, the feeling it gave off was that there was some conflict between the director and the studio over the script and the direction of the film. When Sony announced that Sam Raimi and all the actors were leaving the project and the whole franchise was getting rebooted, it was a clear indication that Sony’s vision of what to do next was very different than Raimi’s.

Then not even a week after Raimi’s departure, a new director was signed and the new direction of the series was revealed to the public. Marc Webb, director of (500) Days of Summer (his only film so far), has been confirmed as the new director, and the new plot will see Peter Parker back in high school dealing with teenage angst. My first thought was that it was peculiar that they were picking a director who had only directed one movie to take the helm of one of the biggest film franchises in history.

The first Spider-Man movie cost $140 million, the second one $200 million and the third one cost a whopping $260 million. (500) Days of Summer only cost $7.5 million. The idea of a director with only one romantic comedy under his belt that cost under $10 million making a jump to a huge super-hero action franchise picture that cost over $200 million seemed a bit jarring and abrupt.

Then I found out that Sony was slashing the budget down by more than half. The new film is reportedly carrying a budget of only $80 million. Suddenly, it didn’t sound so unreasonable anymore. If you look at the choice of director based on his previous work, the new budget and the new direction of the story, you can begin to paint yourself a quaint little picture here.

My theory is that Marc Webb is being brought in to direct a Spider-Man story that focuses less on action and more on Peter Parker’s relationships with Mary Jane and his friends. An appropriate question to ask here is: why?

Why do it this way? Spider-Man has always been about huge, massive, mind-blowing action sequences, so why change up the formula that hasn’t failed yet?

I could be wrong, but I think the recent success of The Twilight Saga has a lot to do with this. Twilight carried a budget of $37 million and New Moon carried a budget of $50 million, and look how much money those guys made off of teenage romance/angst stories. This isn’t the first time the influence of The Twilight Saga has been felt. The last “Harry Potter” film Harry Potter and the Half-Blood Prince was “post-Twilight” and that film was significantly more focused on teenage coming-of-age angst and teenage love than it was about the usual elements of the story.

Regardless, I’m still really interested to see what happens with this. I’m not particularly a fan of stories about teenage angst, so that’s not really what I’m excited about. What I am excited about is seeing what an $80 million dollar Spider-Man movie looks like. We know what a Spider-Man movie that costs hundreds of bazillions of dollars looks like, but Marc Webb is faced with some serious budgetary limitations here. I’m of the mind that sometimes creative limitations make for better films. When the first trailer is released is when we’ll have the next clear idea of what we’re in for. Until then, let the speculation continue!