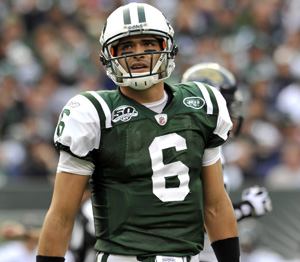 What a difference a year makes. Almost this same time last year, former USC head coach Pete Carroll told the sports media world that Mark Sanchez should not rush to be a former Trojan. That was Jan. 15, 2009.

Here we are, one year and one week later. Sanchez is pondering why he is not playing as the starting quarterback of the New York Jets in the Super Bowl, while Carroll is plotting how long it will take him to stamp his ticket to the NFL playoffs as head coach of the Seattle Seahawks.

Last January, it was Carroll who seemed keen on being the wise one, with Sanchez looking like an anxious kid awaiting the grand opening of a toy store a week before Christmas and armed with $50 in his pocket that his mother gave him to spend on, well, toys.

“The facts are so strong against this decision,” the Los Angeles Times sports blog reported Carroll as saying when Sanchez decided to leave USC about a year ago. “After analyzing all the information, the truth is there – he should’ve stayed for another year. There’s a 62 percent failure rate for underclassmen quarterbacks.”

If leading a team to the AFC Championship Game and building a 17-6 lead before losing to a Peyton Manning-led team is considered a “failure,” perhaps Sanchez was wrong not to listen to Carroll.

Then again, it was almost exactly one year later Carroll announced his resignation from USC – to leave for the NFL, of all things. Who is chasing success now?

It was Sanchez who then took the joke off him by poking fun at Carroll, facetiously telling sports writers in an impromptu television interview during these ongoing 2010 playoffs that the now former USC head coach should have stayed another year at USC and that college head coaches do not necessarily pan out in the pros.

So the question is now begged. Who will have a greater NFL career?

With Sanchez coming 30 minutes shy of leading his New York Jets to the Super Bowl in his rookie season, the begged question almost seems rhetorical. The question is borderline absurd when factoring in Carroll’s 33-31 career record as an NFL head coach.

Ironically, Sanchez’s first professional season has more in common with Carroll’s professional head coaching career than either will ever realize. For starters, it was the New York Jets, of all teams, who gave both men a chance to make their respective marks as leading play-callers, with the AFC East team giving Carroll his first head coaching gig in 1994, while the same franchise also handed the field general duties to Sanchez about 15 years later.

In addition, as the only two men officially credited with the team’s wins and losses, both Carroll and Sanchez are two games over .500 in their respective career NFL regular season records – though Carroll is 33-31 while Sanchez is 9-7. Perhaps that is where Sanchez wants the similarities to end.

Falling just short of the Super Bowl in his rookie season as a starting quarterback, Sanchez now hopes he can say his professional career was different than Carroll’s, in the process demonstrating he is in that top 38 percent of successful underclassmen-gone-professional footballers.

The not-so-rhetorical question now is whether Sanchez can build upon this season to be the quarterback Carroll thought he would ultimately become had the young man declared for the NFL Draft this year instead of last.

Sure, it is still early in his career, and Sanchez is still a long way away from elite NFL quarterback status. Hall of Fame tickets are not stamped with one trip to the AFC Championship Game. Yet, at least he has been to a conference championship game – in his rookie season, no less, which is more than Carroll can say.

While no one really knows what the future will hold in store for either man, one thing is for sure heading into Super Bowl XLIV – Carroll’s prediction of Sanchez’s career, while noble and fair, was, at least for now, off base.

Hey, if it all works out, maybe one of these days we will see a Seahawks-Jets Super Bowl, with Sanchez offensively standing under center while Carroll plots his defenses.